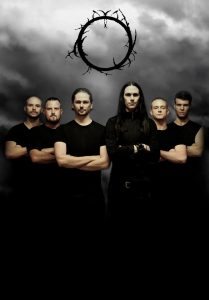 After nearly ten years playing to dedicated fans, Melbourne’s Ne Obliviscaris have released their debut record, ‘Portal of I’, which we reviewed last week here at ech(((o)))es & dust. To find out more about what makes them tick, we had a chat with guitarist Matt Klavins, who talks about composing songs, gives some recording tips, and offers hope for overseas fans.

(((o))) For a band that’s been here for around ten years, getting your first full album released must be a great relief. When you first started, what were you hoping for, and how much of what you wanted to achieve has come true?

When we first started we just wanted to write some songs and play some local gigs. The dream was always to be a big band but I think we all thought the likelihood of this was slim. I don’t think that any of us imagined that our first album would be what it is though. When we recorded TAV (2007 demo The Aural Veil- (o)) we were supposed to record our album shortly after but things changed and delay after delay held us back. In a way I think it was a good thing because Portal would be a different album if we had of recorded it then.

There would have been 4 different songs on it which we don’t even play anymore. We pretty much decided if it wasn’t good enough for the album there was no point playing it anymore.

The album has had the best response that we could ask for. We signed to Code666 and Welkin, Australian tours, overseas tour in the works and the fans support has been incredible. We have met our expectations from when the band first started and are soaring past anything we had hoped for. We love it!

(((o))) One thing you have been able to do is assemble some remarkably fine musicians. Can you share some of the history of the band members and where they mastered their art?

Tim has been playing violin since he was 6 and is also a violin teacher at a Melbourne college. The rest of us are primarily self-taught. When each person joined the band we were not necessarily looking for the best musicians but musicians with the right attitude and ones who showed potential to become really good. Dan had only been playing drums for 1 year when he first joined. He was pretty sloppy but very fast. Over the years he has been able to hone his skills with practice to become one of Australia’s drummer elite. Brendan and I had come from other local bands that played a few shows together even though we had never spoken before his audition. Brendan had once told me that he used to play simple bass lines and then one day everything just clicked and he understood the bass. Benji was the first musician that we got in the band that was the complete package from the start (hence 15 month audition process). He blew us away with his audition and continues to astonish us with his playing still. We are all still learning though and practice is the key to unlocking new skills.

(((o)))Your songs are full of dynamics, of light and shade, of a variety of styles of playing and singing – not just between songs but within them. What sort of work goes into creating a song that you are happy with?

Our song writing process is a very long one. We don’t stop until we are all happy with it. This sparks arguments etc in the rehearsal room but we all know that it is for the best in the end. We can tell fairly quickly if a song is going to actually get finished or just tossed on the scrap heap. If we aren’t all feeling the song it just gets dumped and we begin something fresh.

The song just has to flow and not feel forced. We do a lot of jamming style writing. We start with the base riff and everyone builds on top, improvises and puts their own flavour on it and then we pick parts that are working and sometimes the original idea becomes lost or is hardly recognizable. I think this kind of writing makes it easy for us to change the musical direction of a song.

(((o))) What do you want people to feel when they hear your songs? How important are the lyrics in creating that feeling?

We want people to feel something. Anything. Each person receives the song differently and takes different perspective to the lyrics. There is no right or wrong answer in what you think the lyrics are about because everyone has their own interpretation. We don’t want to tell people what they should feel or what the songs are about because we want them to think for themselves and experience our songs in their own unique way.

(((o))) Your record was created with some assistance from the Victorian State Government. What was involved in getting that assistance and what did it allow you to do?

We had to apply to the government for a recording grant and cross our fingers that we got accepted. Tim organized all of this so I don’t know all of the details but I think that we also had some recommendations from other prominent Australian bands and had a recording plan. This included a budget, schedule, recording studio etc.

(((o))) Recording is often a very intense, stressful and emotional exercise. What obstacles did you face? What got you through those obstacles? What did you learn from the process?

You can never practice or prepare too much! We did full pre-production ourselves before we entered the studio and still changed things in there. Each member would play their part in front of the rest of the band and would also be recorded. Then everyone would pick the shit out of how things were being played and if they were being played correctly, which picking style suited the riff better, are the chord changes quick enough, not short cutting to get the next note etc. By doing this we were able to fully understand what each member is doing and find out if anything conflicted before entering the studio and wasting our money. You would be surprised as to how many bands with two guitarists enter a studio to record and they aren’t playing the exact same riff.

The days are long and can be very tiring. Sometimes you have to just call it a day because the simple riffs become too difficult. A night of rest and the next day you can nail it first take. Another piece of advice I would give is to not leave the vocals to the very end. This causes the singers to blow their voices. If you can spread it out a bit and maybe do the vocals as you finish a song it gives their voices a chance to recover.

(((o))) When you see all the activity on the internet about the record and about your music, and there has been a lot, what goes through your mind?

I guess that there is a great feeling of pride. We put so much into making this the best possible record that we could. With all of the obstacles that we have been though over the years, we now have something to show for it. We absolutely love that people are enjoying our album as much as we are.

(((o))) Metal fans are very passionate and hold strong, often contrasting opinions. How does that energy and passion contribute to Ne Obliviscaris as a band and to your music?

We don’t really take anything outside of the band into consideration when writing our music. We write for ourselves and it is just a bonus if other people like what we are doing. I think that if we listened to what people think we should be doing we wouldn’t produce songs that are of the same quality.

We are very appreciative of the comments that people post on the forums though whether it is good or bad.

(((o))) You recently played some album launch gigs. How did they go? What do you enjoy most about playing live?

The passion and energy that the audience give us on stage is very uplifting. We have always said to ourselves that we have to play the best we possibly can even if there was only one person at the show. The last lot of shows has been fantastic! Playing live is the payoff. We get to see first-hand, the audience’s reaction to our music. We all love it.

(((o))) Is there one thing fans should know about Ne Obliviscaris that they might not already know?

We are about to get back to work on some new songs. There were a couple in the works before Benji went away that we will get back to but everyone has so many ideas bottled up right now that I think the new album will be written fairly quickly this time round. We also received an email from Code666 the other day congratulating us on how the Australian shows are going and that we need to look at Europe and the US soon! 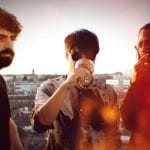 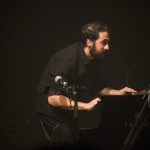 Grandbrothers with support from Kelpe 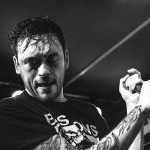 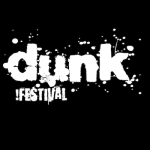