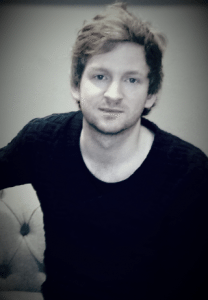 With his new album, For Now I Am Winter (4th March through Mercury Classics), and his upcoming European tour, Ólafur Arnalds gives us insight into his new musical direction.

On a gorgeously sunny day masking the bitter February chill, Ólafur Arnalds prepares for dry-throat syndrome as an onslaught of hungry British music journalists come at him poised with questions at the ready. Arnalds awaits somewhere up amongst a labyrinth of chic office booths, at the Universal Music Group building in Kensington. Sitting casually on a big, plush sofa, Arnalds probably wishes he was back in his studio, or possibly (as he admits on Facebook) getting a haircut, but smiles graciously as his 4th interrogator of the day comes into view.

Arnalds creates stunning soundscapes, and music that can be described as a mixture of neo-classical, ambient, electronic and post-rock. Having been influenced by Clint Mansell's and Ryuichi Sakamoto's music, the world of film scores and musical emotionality was inflicted upon him. There is so much passion in those blue eyes as he talks of his personal relationship with music. But he admits that relationship is one which is stormy because it is his job to create music. Immersing himself in sound for his own projects then forces him to want silence when he finally leaves the studio. However, he is “a big music lover” and would not be a musician otherwise.

This love affair blossomed from hearing music that connected with him on a deeper, much more internal sense. “I don't remember what the first composers I heard but it was touching me on a different level. It's like piercing inside your bones,” he explains intently. With these mesmerizing words, the selection of continental pastries on the coffee table shy away at their inability to cause a stir, or even a flicker of interest. Oozing with passion, Arnalds reveals more of his unique infatuation with music, vividly pointing out the distinction between the two types of music; the type that consumes him and everyday music. The contrast between music that “might make you want to nod your head or dance around” and the more powerful. “It's a different kind of feeling that really got me obsessed with this,” he acknowledges.

The animated, 25 year old, is savvy in his use of social media to connect with his fans. Arnalds has recently been re-tweeting remixes of his latest single 'Only The Winds,' and giving us a closer look at the track via YouTube video, discussing the layers and musical design. Yet, Arnalds reveals that the addition of a fuller orchestra and vocals on the finished album was not originally planned. “I had almost all the songs ready, and they were in the same style as my old music. So I went back into it and I changed everything up,” he admits.Musical anticipation is something composers need to keep fresh and so these changes were necessary as his music was becoming “predictable.” He explains how he achieved these changes: “I called up Nico Muhly, asked him to do something crazy with the orchestra to help me make it, pull it away from what I had done previously. I contacted my friend to do vocals on top of some of the songs and I added a lot more electronics.” Recognising the need for change and then applying this to his work, speaks volumes for Arnalds (and possibly tells us why he is boasting some unshaven facial fuzz). The new record shows a musical progression and change of direction for Arnalds. “Hopefully it's almost teasing a little bit, you know. I hope that people put it on and go, Wait, what just happened? Which I think has been accomplished in some ways.”

A cross-legged, navy-knitted, floppy-haired Arnalds exudes both musical wisdom and charming innocence all at the same time. As he passionately discusses his new release and the change in his approach to composition, he sits forward animated. For Arnalds, writing music has evolved from a childhood hobby to a serious career, meaning his method for composing has changed. His writing has become “a lot more systematical and functional” where he is able to “pull ideas out of (his) head much faster and by request, instead of having to wait for it to happen.” This systematic approach giving another reason why the new album had to break away from his earlier work.

As a professional musician Arnalds is a strong believer in “not waiting around til a zebra calls,” meaning that you need to work hard as a musician and make things happen for yourself. “So many people give up, they sit down, start trying and nothing comes out. Oh it's not gonna happen today so they just go back out.” There was the possibility he would produce another Icelandic-turned-English simile along the lines of not getting squished by an elephant, but this was a fleeting hopeful thought.

A slice of Icelandic inspiration?

“Actually, I think 'inspiration' can be so much bullshit,” he says laughing at the concept of what he believes to be peoples' misinterpretation of 'inspiration.' His biggest piece of advice to young composers is not to give up. “If you really believe in what you do, and if you really mean it, you will do well. You will become good at it, if you're not already good at it, ” he chuckles.

Arnalds' hard work seems to have paid off so far in his musical career. Locking himself away in his studio and becoming more proficient in his methods for creating his sound. With a number of albums under his belt, numerous commissions for film scoring and television play-outs, and on the verge of this upcoming European tour and new album release, Arnalds career is in full flourish. Mid March, Arnalds will kick off his European tour at the Barbican, London. Since he is still in the process of translating the album into the live show and figuring out the stage set-up, he is curious and excited how it will turn out.

There is a fire in Arnalds' belly and he isn't gonna stop any time soon. His work ethic, enthusiasm and creativity hold a powerful and potent recipe for success. Stirring up some motivation, Arnalds gives us a slice of Icelandic Inspiration in more ways than one. He tells us to work “really, really, ridiculously hard,” whilst teasing us with the musical changes in his new album, and also hoping his music will provoke something inside of us, emotionally.

“As long as it's some type of emotion that I inflict upon people. It's mission accomplished.”