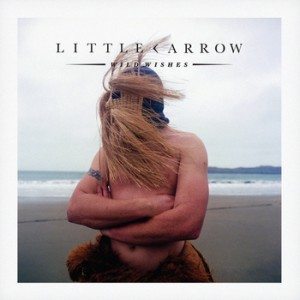 George Orwell once said that “in a time of deceit telling the truth is a revolutionary act”. Now whether that has anything whatsoever to do with this, the second album by Welsh folk artists Little Arrow is a moot point but there is certainly a truth in the music that they play.

Following on from their debut album Music, Masks and Poems, Wild Wishes is a continuation of that theme and even more so, a vindication for not just Little Arrow but for the whole underground Welsh folk/psych scene that has been bubbling under for the last few years.

Maybe this is best exemplified by ‘State of You and Me’, a song coming a third of the way into the album which envelops you in its rustic charm and then proceeds to take you on an almost progressive rock journey. It is one of those songs where you totally forget about such mundane things as what type of music this is or who is it by. It is a moment of clarity and beauty which unbelievably continues throughout.

Opening with the majestic ‘Our Taste is Violence’, Wild Wishes is folk but not quite how you have heard it before. This comes from a place where few dare to tread and maybe don’t want to after listening to I Man Ogre. It sweeps you along in an unhurried way and you feel the Welsh hills and valleys taking on some sort of weird strangeness. This isn’t the urban oddness of say, Cate Le Bon, but something much more primordial.

It is beguiling, beautiful and heartrending, sometimes in the same song (‘The Ancient’) and deserves to be listened to with an open heart and complete faith in what you are about to hear. There can be no barriers here, this is music from another place, rustic, rootsy but also strangely contemporary. Orwell said truth is revolutionary, maybe Little Arrows truth will revolutionise us. The first great album of 2013.