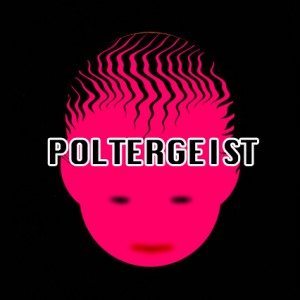 The term “side project” in music invariably has the effect of sending a collective shudder down the music fans spine as their favourite artists indulge themselves in music that was possibly best left on the shelf. It is either going to be a complete vanity project (Julian Casablancas) or sound exactly like their old band (Brandon Flowers) making the while exercise seemingly worthless.

In the case of Will Sargeant of Echo and the Bunnymen it is closer to the former but instead of failing, he has discovered his roots and made a love letter to the psych and progressive rock that he grew up with. Joining forces with current drummer of Bunnymen Nick Kilroe and ex-bassist Les Pattinson, they have created a swirling, evocative album that hits all the right buttons for that spaceship trip of the mind.

In interviews Will has stated his love for the space rock music of the 70's and there is much in evidence here to back this up, particularly through the mid period of Pink Floyd. Bursting forth with ‘Cathedral’, we could be back in Pompeii as the Floyd stoke up the engines of their mind trips. Utterly psychedelic and refreshingly retro rather than “new psych”, the music is solely instrumental and allows us to colour our own landscapes.

Title track ‘Your Mind is a Box (Let Us Fill It With Wonder)’ has an almost raga feel to it as the Krautrock rhythm builds up. Interestingly, though you can tell the guitar work as it is such an iconic sound, there are also shades of classic rock in there which are utterly unlike any of the Bunnymen songs.

These songs hit you immediately with their urgency which is quite different for a space rock band and you find yourself galloping along with the pace as robotic rhythms overtake kaleidoscopic guitars only to be sucked into the void by the impressive bass play of Pattinson. Indeed, there may even be shades of a darker Crocodiles here which is always a good thing for the Bunnymen fan.

This is a thrilling retro ride back to a time when Pompeii was a viable venue for a gig and music was allowed to explore the inner and outer space of the world. It is a beguiling mix of old school prog, space rock, raga and yes, The Bunnymen. Take the trip, it’s an interesting one which never gets boring.