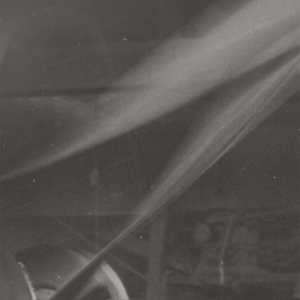 Picture yourself opening your eyes and realizing you are on unfamiliar ground, confused and disoriented. Your back is on the pavement in the middle of an abandoned city. No human life surrounds you, no breath sounds are anywhere in earshot...you are completely alone. It’s almost as if your entire identity is being swallowed up in a sort of deafening silence, one you’ve never heard before. Visualize seeing nothing but papers and debris moving around from the residual gusts of dying winds. The landscape is grey and bleak, and a heavy anxiety takes over. That is the sort of picture painted when ‘1870-1906’ introduces itself to the listener.

‘Tasks Which Destroy Body and Soul’ starts to unravel and visions of chains clanking and steam emitting from old rusting steel machines enter the mind. Like riding the wave of a tripped wire in the mind that fell dark quickly, horror and absolution fill the psyche with inopportune thoughts. Images of soot covered, miserable factory workers dance around the frontal lobe as the feeling of hopelessness and apocalyptic takeover sets into the physical body.

As ‘God Says To Love You In Chains’ begins, you start to hear indiscernible screams that begin to fasten themselves to the atmosphere and overall disposition of the album. If you aren’t careful you’ll lose your surroundings as the track carries on (but maybe you’ll want to let go a little and venture deeper into the unknown experience of the noise). All of a sudden a sound synonymous with rickety old hand carts making their way down rusted tracks takes over, like being in the backseat of an old car making its way slowly through an old tunnel on a threatening road.

‘A Promised Eternity Fulfilled With Cancer’ is the most painfully beautiful track on the album. As the pianos sing a somber song, white noise and distortion floods the background in a way that almost tries to shield magnificence from any ears that may be listening in. As ‘Into Her, She Carved The Word Empty’ sheds its skin, it is reminiscent of a feeling that may be felt when walking step by step up the stairs of an old storm cellar, just minutes after a horrific tornado finished ripping part of the earth apart. Ominous and truth telling, the cinematic feel of the song will drain you completely as it reveals itself to you.

Finally, the last track on the album ‘I Draw My Strength From You’ sets itself up to flood the rest of the auditory system. Close your eyes as this one sparks a feeling of trepidation in the skin. Every second of it will make you painfully aware something bad is about to happen, whether it’s true reality or not.

Like the soundtrack for the deepest most unconscious part of the self, Ironworks presents with true ambience, not a false bravado. Mike Bjella is the visionary and mastermind behind the album, and it is the perfect record for someone who wants to be jolted from their worldly existence and placed on a ship destined for the darkest expanse of the cataleptic mind.

Out on Underground Activists/Season of Mist, let Ironworks trap you between your own reality and the unknown.