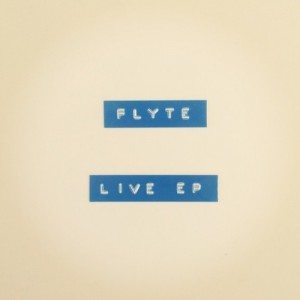 Fancy a slice of alternative indie pop in the purest, simplest form? Meet Hackney four-piece Flyte (Will Taylor, Nick Hill, Jon Supran ,Sam Berridge) who are effortlessly making credible, catchy guitar-pop, pretension-free and with a modesty that makes you wonder if they are aware of how good they really.

The band recently saw the release of their debut 3-track EP Live which opens with their current toe tapping, chilled out and scintillating single ‘Over and Out’ whose sleek harmonies , shortened, fun, guitar strums and lazy yet engaging vocals make for refreshingly easy listening.

Slower paced, ‘Chasing Heaven’ follows, taking a change of direction which, despite its use of percussion and intoxicating bursts of tropical beats leaves you feeling somewhat more sombre than its predecessor, possibly indicating a hopeless romance and or dream with resigned lyrics such as "Something tells me I’ll be going nowhere chasing heaven" which has left me very undecided on whether heaven in this instance is a person or a concept.

Closing track ‘Words Come Easily’ is a bit of a controversial one really; considering Tracey Chapman told us in 1988 that "words don’t come easily", in that lovely song ‘Baby Can I Hold You’ that Boyzone then mullered just under a decade afterwards. Fortunately, there’s no mullering from the Flyte lads, and this infectious, toe tapping, 80’s electro meets prog rock song is a great way to end the EP.

With strong roots in classic popular song writing, the added essence of new wave styling, contagious melodies, mature, intriguing lyricism, and this 3-track EP where no one track takes the same direction; it’s hard to find a niche for a band like Flyte. This however, will work in their favour and they are well deserving of all the hype that will no doubt be coming their way.