Having been held up getting something finished at work, you race across London, battling the rush hour crowds, convinced you’re going to be late, and arrive at your destination sweaty and flustered. You spend money you don’t have on expensive beer and smoke too many cigarettes because chances are you’re still there before everyone else and you need to kill the time somehow. You spend more time fretting and analysing the room than you do actually experiencing the gig – how many people have come? Is everyone happy? Will they stick around for all three bands? You crawl home after the show, utterly exhausted, but likely still hyper. Your alarm goes off 6 hours later and you drag yourself out of bed, desperately hoping the bottle of Lucozade you plan to neck on the tube will see off your hangover. You spend most of the day turning the gig over in your head when you should be working – did it flow? Did people enjoy it? What could have made it better?

Sound familiar? Who are you? Chances are you’re in a band. Or you could be a promoter. Maybe a blogger? Photographer? Small record label? If my opening paragraph didn’t resonate in some way with each of those people I’ll eat my hats. Or at the very least I’ll be moderately surprised. (Please don’t make me eat my hats, I've got dozens of hats and none of them would taste good). 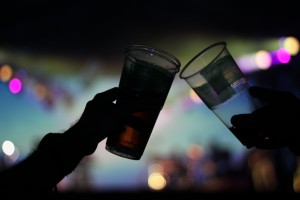 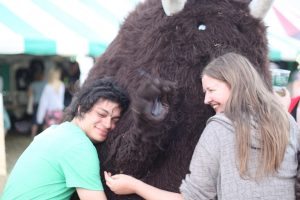 I scarcely seem to be able to open a browser window these days without seeing another article claiming promoters are screwing bands over; that bands are taking advantage and behaving like divas; that venues are creaming money off the top like there’s no tomorrow.

The only reason bloggers are spared is because most of these articles are appearing on, well, on blogs. That and the fact that you’d have to be pretty damned stupid to take a pop at people who write for a living (or for a hobby, or as a compulsion; whatever the currently-accepted term is. Essentially, you don’t piss off people who have a far wider audience than you do and who are, as a matter of course, exceptionally eloquent).

Andy Inglis’ recent piece for The Quietus purported that independent music could be saved almost instantly if people just lost the attitude. I exaggerate for effect, of course, but if you've read the article you’ll know what I mean. Who needs to lose the attitude, you might wonder? According to Andy, that would be bands, promoters, booking agents, crowds, friends/family of the band, industry members and anyone else who has committed the unutterably heinous crime of securing themselves a guestlist ticket. Wow, ok. I had no idea music was in such a dire state, but apparently every single person involved in the scene needs schooling on how to be a nicer person.

I realise my experience is every bit as subjective as Andy’s, but I couldn't disagree more. Having been (and in many cases, still being) a musician, promoter, blogger, photographer and small record label, the vast majority of my exposure to “independent music” has been overwhelmingly positive.  Yes, it’s expensive, it’s hard work, it’s stressful, it’s emotionally draining and things are all but guaranteed to go wrong, but dear Lord we love it.

Because we do love it, don’t we? Something that often gets overlooked in articles bemoaning the state of the industry is that we wouldn't be doing this if it didn't bring us an exceptional level of pleasure; if it wasn't something we were truly passionate about.

Now, I’m not saying that makes up for everything. I’m not saying there’s nothing I wouldn’t change. And I’m certainly not suggesting that loving what we do in any way enables us to pay the rent, heat the flat or buy food. But when addressing the attitude that’s perceived to exist in certain corners of the industry, it’s something I have to keep coming back to, because 99% of the people I’ve met have been the friendliest, kindest, most generous people in the world.

Independent music is failing in no small part due to a flatlining economy, the rising costs of living, and a decline in disposable income; which is used for everything from buying gig tickets, having posters printed for a night you’re staging, getting a cab to the venue with three guitar amps or paying for the hosting on that website you run. It’s failing because instead of sticking up for each other and acting together to confront the issues, people are scrambling around looking for someone to blame. That’s the attitude that needs challenging.

People talk about saving “independent music” as if it’s an entity in its own right. But when the promoters are bitching about the bar owners and the bands are bitching about the promoters and the journalists who were reviewing gigs at brilliant, historic venues are now raving about the food in the trendy gastropubs they’ve become and there are three gigs – each of which I’d happily pay for – that I have to choose between because they’re all on the same night, it couldn’t feel more fractured.

In truth, if we really want to save independent music, we have to unite, not pull apart. We have to be honest with ourselves about what “independent music” really means. It’s not this band or that venue or the other blog, it’s all of us, all together, all of the time.  Let’s lose the ego and start supporting each other.

Oh and bands? Don’t nick the towels. That’s just not on.