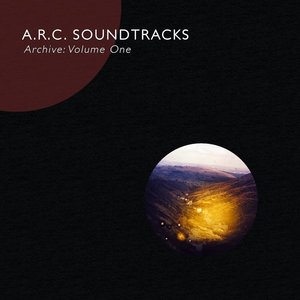 Out now via Little Crackd Rabbit

Comprising two-thirds of Mancunian atmospheric slowcore troupe Last Harbour, A.R.C. Soundtracks originally formed as an experiment. Three musicians in a room, with equipment, playing just to see what happened. One of those musicians, Marc Rahr, died in February 2012. The project was understandably shelved. A.R.C. Soundtracks had come to nothing.

Or at least so remaining members K. Craig and David Armes initially thought. A.R.C Soundtracks was definable by its three members after all. Where could the project go without its sadly departed co-founder? It turns out, on Archive: Volume One, rather a long way. Inspired by being brought “back from stasis” whilst scattering Marc’s ashes, Craig and Armes returned to the project in realisation that their comrade’s ideas did not deserve to die with him.

So they created this, the second release on Armes’s Little Crackd Rabbit label and assumedly the first of a series of journeys into the dark realm of A.R.C. Soundtracks. Archive: Volume One is an extremely strong debut release. By dissecting their jams with Rahr, Craig and Armes have created a record with a deep, resonant atmosphere, reminiscent of the likes of Demdike Stare, Svarte Greiner and even Swans at points, yet certainly its own beast.

Sonically this certainly feels like an album that’s been stitched together, but that’s no bad thing. The record’s uneasy feel means that sounds drift in and out of the mix at unexpected moments, although the overall compositions maintain a surprising degree of grace throughout. Rather than the cliched shock tactics utilised by many a dark ambient drone artist, Craig and Armes lull listeners into a false sense of security, never unleashing unnecessarily impenetrable noise or fury. Some well chosen spoken word samples enhance the overall picture.

For fans of sound collages, gloomy ambience or just anything with a strong atmosphere, Archive: Volume One should prove to be one of the highlights of 2014.

A.R.C. Soundtracks - The Road To The Camp from LittleRedRabbit on Vimeo.