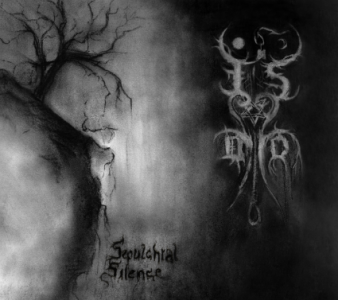 Thou Shell of Death

Out on March 30th through

Eastern Europe has always been a place of mystery and a lot of great acts that come from those dark and mysterious places. In fact most superstitions originated from Eastern Europe folklore and the fact that the weather is pretty brutal makes a perfect environment for a black metal band.

Thou Shell of Death's release Sepulchral Silence is their first full-length release. They have released an EP with Wedard back in 2011 and have toured all over Europe.

The first thing I can say about this album is its haunting sound. Thou Shell of Death captures a dark cold mysterious sound which echoes throughout the album. The vocals are reverb through the tracks and really complement the atmosphere.

While not the traditional blast beats and thrashing blasphemy that black metal bands tend to go for, Thou Shell of Death is more about soundscapes. The guitars are matched with symphonic keyboards and a slower grinding pace from the drums. The album is lined with long breaks of foreboding sound and quiet growling vocals.

Sepulchral Silence is a dark and enchanting album, a web of mystical enchanting hymns. The kind of album which brings the imagery of secret covens in the cold woods evoking ancient spirits. I like the atmosphere Thou Shell of Death captures in this album. As I sit in my house on a cold snowy day in Austin, Texas; listening to this album really complements the mood. I think most fans of the sub genre of atmospheric black metal will enjoy Sepulchral Silence. This is album isn't like some atmospheric black metal albums, where the keyboards are so overpowering they become cheesy. It has the perfect amount of haunting resonance that it compliments the harsh underlying blasts of the guitars and drums.

Hopefully this band tours in the United States. I am positive listening to this band live would bring the full effect of their epic sound to life.