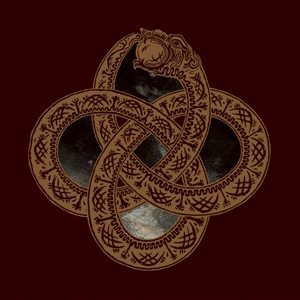 I really couldn’t wait to listen to this album. I am a fan of Agalloch's later releases and this release was highly anticipated. When I got the opportunity to listen to this album I was really excited. Agalloch has always put together great tracks that are more then just songs, but a journey into a mystic hedonistic dimension.

It has been a long time waiting for this release, Agalloch hasn't released a full record for four years. I'm glad they took their time, The Serpent & The Sphere is epic. All tracks are past the three minute mark, some going as far as 12 minutes, all well produced and keep the listener's attention to subtle notes and echoing soundscapes.

'The Birth and Death of the Pillars of Creation' is the intro track, it opens up the album to a somber feel. A feeling much more is about to ascend on the listener, it's a great opening to the album. Its mixture of melancholy guitars, a mix of acoustic and electric, with the slow melodical drumming is surreal. Four minutes into the track a reverberated harsh vocal comes in, still not taking away from the somber emotion, but adding to it deeply.

The rest of the tracks keep with the cadence, folkish acoustic guitars and echoing ambiance, which rips into dooming black metal darkness.

The track 'Celestial Effigy' encompasses all which is great on the album; a extraordinary weave of acoustic and electric guitar work, drumming which turns from frantic blast beats into a slow precise rhythmic meter, screaming vocals with the a background of monk like chants, lyrical themes of a dark astral mysticism.

The Serpent & The Sphere is an overall great album. The direction of taking old Agalloch influences -folkish hedonism- while still exploring the avant-garde and new themes -celestial mysticism, and more ambient atmosphere with classical guitar interludes- is what I appreciate the most. A lot of bands stick to what works, which leads to a musical complacency, some try new things to no avail and alienate their fans. The Serpent & The Sphere is both, but without any negative outcome. Meshing a new and old sound into an exciting format, one that both works and still keeps the basics of what Agalloch is known for.

This album is so well produced, well executed, and just overall mesmerizing. Again, while it has been some time that Agalloch has released an album, it was well worth the wait. The Serpent & The Sphere is a masterpiece and masterpieces come through a lot of hard work and patience. I'm glad that Agalloch exhibits both those traits. I can't wait for this album to be released into a physical format, this is a definite album you need to have for your collection.