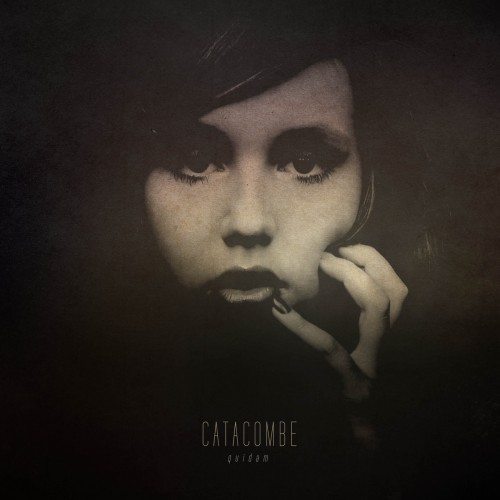 Catacome is what happens when “Post-Rock meets Fado”.

They are a quartet from Portugal coming from the post-rock, instrumental and post-metal area but they also show signs of progressive rock in a number of places.

The band born in 2007 by the hand of Pedro Sobast when he self-released the EP Memoirs, and thanks to the interest of many fans that desired to see the songs live! He set up a band with some friends with the shared love for music. In 2010 the band released their first full-length album entitled Kinetic, and they have never stopped writing music.

Listening to the 6-song album and its 36 minutes running time, you'll notice that the songs have complex structures and dynamics that are typical loud-quite-loud, which in the case of Quidam never become tedious or repetitive.

The 6 songs on show here offer some truly haunting post-rock/post-metal riffs. The album isn’t 100% post rock or 100% post-metal. What Catacombe offer is a fine balancing act of the two. Quidam  gets loud at times but the Portuguese band don't lose the occasion to show their softer post-rock side.

Quidam starts off with ‘Zenith’, with its rich modulated arpeggiated guitars transcend into spiraling riffs. 'Zenith' is really a standout track that set the album mood.

Soft post rock is the protagonist of 'Ninho de Vespas' that is the longest track of the the record. Eight minutes of this song led me wondering what happens in the middle of the night on the streets of Portugal. Listening to this track again and again, you'll agree with me that this could be the soundtrack to a night drive along the Ocean coast or across the region of Alentejo. It has in it a perfect mix of strong and soft rock with some very effective chord sequences and a rather snazzy interlude that are really notable.

The complex exchanges and guitar interplay, rooted by a tight yet fluid rhythm section is a characteristic of the whole album whether in the quieter tunes as 'Lolita' or in the heavier as 'Shroud'.

'Mental Confusion' kicks off with a simple grooving bass line and the track moves and builds to a crescendo of a whirlwind of sublime thunderous drums and riffs. I also like the song title.

Quidam ends with 'Nadir' and it's a great way to close the journey through the Portuguese landscapes painted by the quartet of Catacombe. A characteristic of this song, and of the whole album too, is the sheer elegance of the atmospheric post-rock sound that makes Quidam a great and enjoyable album.