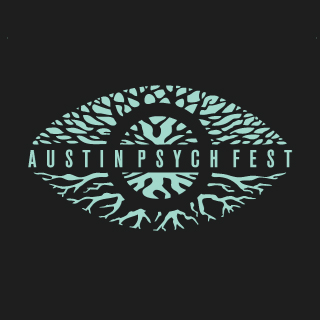 First let me say, my opinion is rather biased in regards to this event.  I have attended it for the past three years, and without fail, always had a blast.  This year, the line up was entirely awesome.  As I was reviewing the festival, I was able to obtain a little more access to the awesomeness.

My experience started with the pre-party at Austin's Mohawk on Red River.  Mohawk has recently been putting on a lot of great shows.  It was the perfect place to have a pre-party kickoff for an awesome festival weekend.  The line up consisted of Holy Wave - who are an awesome band to see and captured the mood of Austin Psych Fest very well, Elephant Stone – another awesome band, Night Beats, Hollow Trees, Psychotic Reaction, The Wolf, Indian Jewelry, and Al Lover.

The first day it was a cool eighty five degrees in Austin, Texas.  As my photographer and I pulled into the parking lot –  an open area filled with very helpful parking attendants – we knew it we were in for a treat.

Getting in was a little difficult - security was tight at the event, all with safety in mind I was told over and over again by the guards.  On entering, we were greeted with a number of merch tables, food vendors, and other goodies.  Carson Creek Ranch, I always thought, was a great venue for Austin Psych Fest.  The openness for the festival goer, to wander freely around from stage to stage to see bands or just to hang out in the shady treeline, gives it a nice, laid back vibe.  I have been to other festivals where it seems like they try to pack so much into one spot.  Austin Psych Fest and Carson Creek Ranch are just the opposite.

Highlights of the festival included seeing Shannon and the Clams, Graveyard, Kadavar, and the Zombies on the first day.  Shannon and the Clams put on a great show with their mix of indie, garage, do-wop music.  Listening to them was like stepping into a time machine.  The crowd, despite the Texas mid-day heat, danced furiously to their music.  From there, it was a great line-up of music.  Seeing Graveyard from Sweden was probably the best part of the afternoon - their bluesy rock and roll was perfect to cool down to.  Followed up by the Black Lips and Kadavar, the night was full of rocking music and good times. 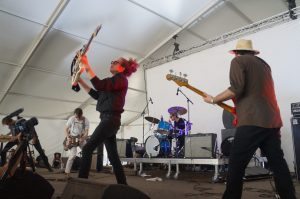 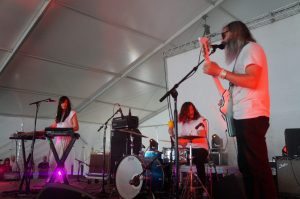 The next day I had another full schedule bristling with heavy rock and roll, accompanied by that same Texas heat.  The venue was full of great food from local restaurant food trucks and drinks, especially the cold pressed juice. With my thirst quenched, I found myself enjoying amazing bands such as Barn Owl, Destruction Unit, Moon Duo, and Temple.  The main highlight, however, was seeing Mono.  They played in the evening, which really set the mood for their epic set and their atmospheric instrumental metal.  They put on an incredible great show - an awesome ending to the fest.

Three days of great music, food, and drinks.  Austin Psych Fest this year was great.  I highly recommend anyone and everyone to come and support this great little festival.  I am eagerly awaiting the announcement of round five next year!