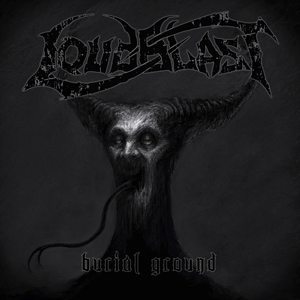 The problem with the ballistic missile (although effective in destructive power) is that over the course of history, targets grew more intelligent; they started moving. This gave way to the utilization of cybernetic missiles. Cybernetic missiles are more intelligent, programmed for launch, and prearranged to change position if need be. Once fired, if the target moves, the cybernetic missile will alter its course to meet it. Both missiles are powerful and destructive, the main difference is that one type knows how to adapt to a changing environment and the other forever stays the path of its original course.

Now with that said, extreme music of all subtypes have undoubtedly gone through many changes. The fans of old metal (whether it be death, thrash, etc.) often want to hear that old school feel when they put on the new record of a band that had their start in the 80’s. The problem with that mentality, although comprehensible, is that the band in question has grown up, changed, and transformed, often through many deviations and revivals.

Almost cybernetically, old school bands still writing music today attempt to change with the tide. Unfortunately, a lot of these bands fail to meet the needs of the fans and often produce less than desirable new albums. (See/Hear: Morbid Angel – Illud Divinum Insanus). Loudblast are one of the bands that (thankfully) have learned to adapt to a tasteful amount of change while also maintaining that same impression and raw feel that their music has evoked in the past. They’ve learned to move with their target audience while preserving their power.

Loudblast formed in 1985 and are known as France’s first death metal band. Although they may be a lesser-known band in the death metal scene, they have produced powerful albums over the years that have managed to stand the test of time. Burial Ground, the seventh studio release for Loudblast is no exception. From start to finish the entire album detonates and explodes the eardrums of the listener as it effectively meets its goal; a composition of sheer viciousness that is as raw as it is powerful.

‘Ascending Straight In Circle’ is one of the most commanding songs on the album. A single guitar leads the track into its meaty center, one that is infectious and violent tempered. From start to finish the entire beast of a song is imaginative and unabridged. The musicians all play their roles to perfection, tying every end together perfectly while leaving the listener satisfied.

Although it’s possible to write a mini-novella about each and every song on this record, it may be more effective to make mention of just a few of the strongest tracks on the album. Other stout tracks include ‘From Dried Bones’ and ‘Soothing Torments’. ‘From Dried Bones’ starts out slow, giving the listener a break from the ferocious four songs that preceded it. Only for a moment though.... it quickly begins to gallop and consume. The vocals are incredibly strong on this one; the anger behind the words is transferrable, causing a chain reaction that’s felt in the blood. The whole thing is a beast, almost a soundtrack for psychosis, reverberating in the mind as one experiences his or her own pathology.

‘Soothing Torments’ is immediately reminiscent of something that should have been a track off of Coroner’s powerhouse of an album, Mental Vortex. It has an almost eerie sway to it, captivating and substantial. Its chaotic morbidity strong-arms the listener and doesn’t let up. The drum sound couples with the sway of the chaotic guitar tempo and uses its notes to paint all the components of a morgue into the psyche.

Loudblast were almost built for fans of Death, Coroner, Massacra, Misanthrope and Agressor. If this is the first time you’re hearing the name Loudblast, you may want to consider picking up a copy of their 1993 release, Sublime Dementia, it is undoubtedly one of the strongest if not the strongest album in Loudblast’s repertoire. Out on Listenable Records, Burial Ground is sure to be one of those albums every death metal fan should have in their collection. It’s already a strong contender for my top 10 list this year.