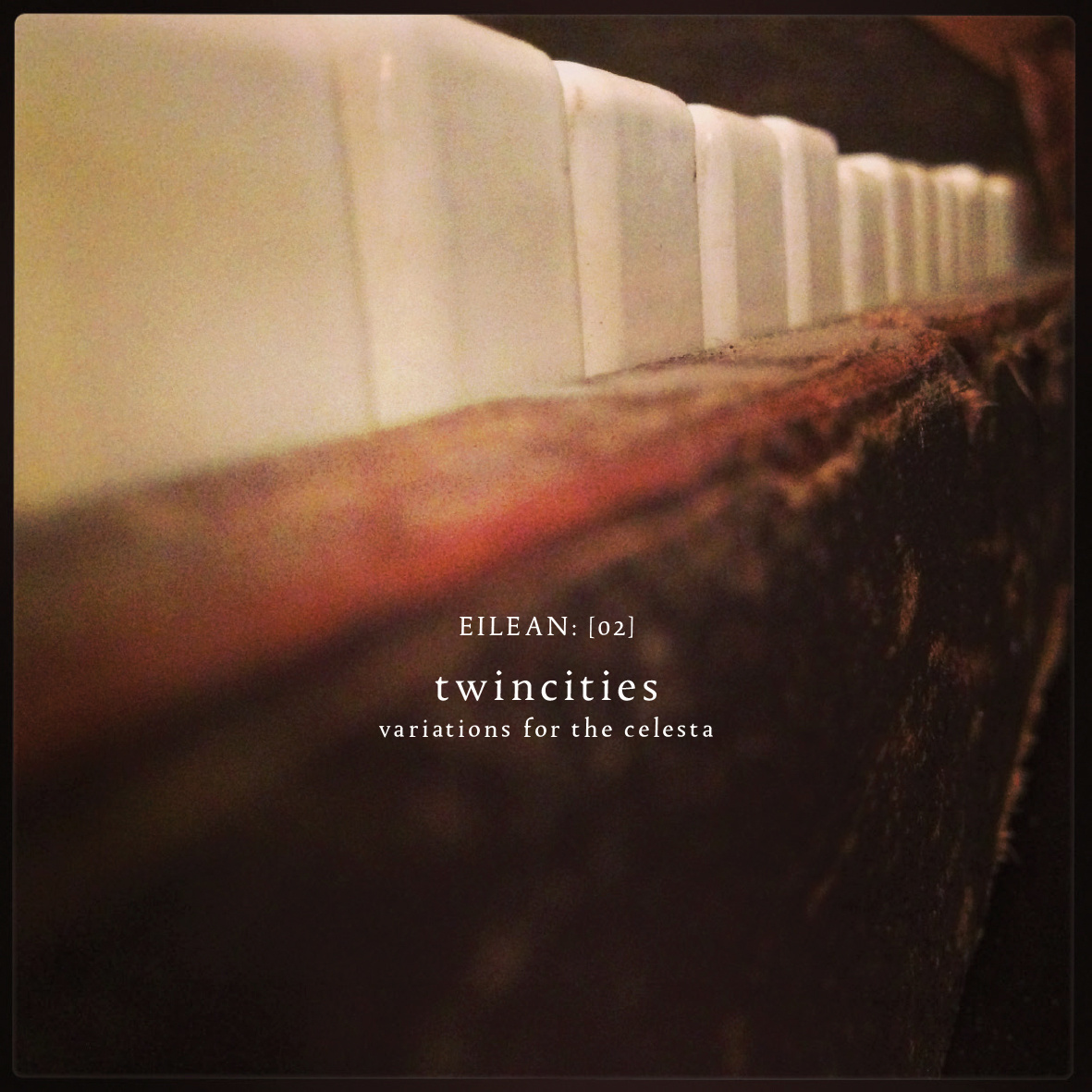 I am no stranger to the works of Fletcher Mcdermott, aka twincities, and he has just released his new album on new French label Eilean Records titled Variations of the Celesta.  The album itself is created from 10 pieces based around small recordings which were captured directly to a phone from his living room floor.  Sounds unique right?  Indeed, and just wait when you hear how he has managed to transform them.  By modifying and stretching the pieces, adding limited guitars, vocals and piano work, Fletcher and Eilean Records have an incredible and original album on their hands.

I stumbled across twincities back in December 2013 when Winter Drifts////2013.12.24 was released.  A beautiful album full of warm textures and comforting sounds which was perfect for the Christmas holidays and the winter season to come.

The new album didn’t take me by surprise - I was expecting something epic, and it delivers to it’s true potential.  It is equipped with the essence of what (for me) ambient music really stands for.  It reminds me of the more deep and experimental side of Jón Þór Birgisson in Frakkur and, of course, Sigur Rós when they adventure into the unknown.

Fletcher manages to do this in such an incredible and restraint manner.  Having the ability to transform and manipulate sounds in this particular way is, in my opinion, nothing short of genius.  Variations for the Celesta manages to relate to the subtleties we hear around us in everyday life, making it possible to pick out the comforts in sound through a minimal yet affective way.  What I love in these fine pieces are the bells and xylophones that suddenly appear, adding to the superb underlining textures and beautiful hidden piano works.

Usually, the first thing that most of us come across from an album is the artwork.  You can look through the discography of twincities and clearly see that the art always fits in so well with the mood and shaping of the music.  The same goes for the new album.  It’s simple and affective in picture form and font - exactly what I want and expect from an album with such beauty.  It also speaks volumes that the limited edition CD’s are almost sold out, in a world where digital downloads and marketing dominate over the physical.

The identity of the album is solidified by the simplicity and openness of the song titles like “evenings break; the mornings wait” and “they carried teapots and small glass canisters”. How can you argue with that! It’s all coherent when you put together these wonderful elements of music, art and track titles. It just feels right, like the idea was formed and it didn’t need to be swayed or changed because it was already perfect. And the knowledge of how it was written and recorded just adds to that.

I am none short of blown away by the sheer volume and magnitude of excellence on offer within this simple album. Ambience in general can take on many different forms. But the difference in this album is being able to appreciate how much time, patience and hard work has been put in for your listening pleasure. And for that, all you can say is bravo, well done and thank you for such a delicate and intimate album. I don’t believe in giving scores out of 10, but I give this 10. Simple.