For the last 8 months NuBorg have been releasing a single a month as they build up to the launch of their début album. Lucy Stones has been keeping up with them. 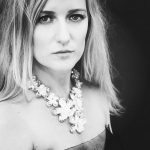 Nuborg’s new release for August ‘One Day’ is strictly composed with a heavy percussive sound and trickling guitar parts throughout. It’s ambient mixed with sultry pop, though truth be told Nuborg doesn’t seem to stick to the confines of one genre there is always influences of something else chiming in.

One Day for instance starts with a slow heartbeat percussive sound and culminates into an intricate intoxicating haze of guitar and synths, with singer Gunhild Nyborg’s distinctive and Kate Bush-esque vocal performance added on top. In other words Nuborg’s sound is like a breath of fresh air and is quite rich in its simplicities yet also intricate for those willing to listen closer.

It’s brooding down tempo ambience at its best. Nuborg has the ability to go from hushed whispers to penetrating climactic heights in a way that shows no toil or struggle.

We will see one more single release from Nuborg in September and then finally the full album release.

Editor's note: The planned release for September has now been put back & the intended song will be released with the album later in the year.

Nuborg is a new project from Norwegian singer-songwriter Gunhild Nyborg. In an unusual & interesting new concept, NuBorg will be releasing a track from the new album on the 15th of every month until the entirety of the album is released in August of this year. The latest track Sliding off the edge of the world is already out now. Self-described as the new sound of ambience, having released 4 previous tracks from the album already, NuBorg certainly strives and accomplishes living up to this statement.

Dominated by haunting vocals, the first thing you notice about Gunhild Nyborg is her ethereal idiosyncratic voice that could be compared to the likes of Kate Bush. Sliding off the edge of the world starts with dark, atmospheric effects and layers of ambient guitar by Bjørn Charles Dreyer which continue throughout the background of the track. Marius Reksjø’s slow melodious bass line kicks in in unison with the dense heavy rhythm of drums from Erland Dahlen. Over all of this, Gunhild’s voice shines out almost tangibly. She imparts a unique and strong melodic delivery with attentively thought out lyrics. Isolated from the seductive bass line and slow heavy drums, her wispy vocals grab a hold of you.

NuBorg will continue releasing a new track each month displaying their strong and diverse musical range. The next coming release will be May 15th.

For those who don’t know, NuBorg is a musical project by Norwegian singer-songwriter Gunhild Nyborg. NuBorg continues to release her songs off her upcoming album monthly, and for May they’ve released a slightly more mainstream tune with 'You, You'.

Throughout the last few months NuBorg has released a steady stream of ambient and whimsically ethereal songs. Slightly less on the ambient side, 'You, You' has a more pop rock vibe than her previously released tracks. “Broken mirror, Heavy curtains, hiding everything you are”, 'You, You' starts off with some grabbing lyrics and descends into an upbeat and affirming song.

The most impressive principal of 'You, You' is in the simplicity. The melody of the backing instrumentals make way for the lyrics and vocals, allowing for them to be the focal point. The captivating element of Vocalist Gunhild Nyborg’s distinctive voice is her pitch range which can be compared to that of a mezzo soprano, going from strong deep tones to higher honeyed innocence that sometimes comes off as a sweet babydoll tone from the past.

'You, You' is the type of easy listening pop song I wouldn’t have expected from an ambient band, but it works all the same. The track itself is well-shaped and strong, melody wise, starting with a singular guitar rhythm then progressing further into a catchy melody with Gunhild’s voice ringing through. I think it’s safe to say this song is heart-felt and comes off as being close to the heart of the singer. With upbeat lines like “It doesn’t matter just let it go now, it doesn’t hurt to be yourself”, the song sends a strong message in acceptance of yourself.

Next month’s track will be released again on 15th as usual. I’m looking forward to seeing what NuBorg has to offer up next. 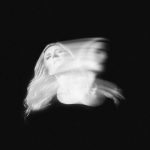 Once again NuBorg releases their monthly track for June continuing the slow trickle method until her full album release in August. This month’s track, 'Inanna', based on the prominent Sumerian female deity of love, fertility and warfare, is a slow sultry tune that we’ve come used to hearing from the haunting NuBorg.

Chanting 'Inanna', rising out of a melody defined by its rhythm section, the lyrics are heavily rooted in the mythology of ‘Inanna’s descent into the underworld’. A goddess and queen of heaven who descended into the underworld and was stripped of her powers, only able to come back when her lover took her eternal place.

“The queen of heaven heading for your terminating quest, so invincible, but stripped of all the pearls around your breast”.

The deep and heavy drum beats within the first minute of Inanna set up the rest of the track giving it a kind of tribal feeling, effortlessly combined with Gunhild’s otherworldly vocals. If there ever was a voice to sing about goddesses and femininity, it would be someone with a voice like Gunhild Nyborg. Her ethereal and wistful high pitch tone lends to the sensual and unearthly vibe of the song.

The track follows a similar pattern of previous songs released by Nuborg, opening with echoed instrumentals and a heart-like heavy drum beat, gradually building towards a viscerally pleasing climax with distorted guitar sounds, and haunting backing vocals chanting the goddesses’ name. “Inanna, Inanna your lover would be in bars to pay your price, leaving him to forever sacrifice”, before settling back into its former composed self.

Next month’s release comes out on the 15th of July, and then following that in August, finally the culminating full album release.