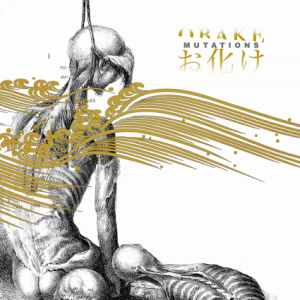 Released on October 27, 2014 via RareNoiseRecords

A few years back – 2011 I think it was – Italy’s Obake released a snarling beast of a self-titled album. I liked that album. Rather a lot, actually.

So, when I heard they were making a new record I was, let’s say, immoderately excited. Then I remember reading somewhere that they had set of in a new direction. A more jazzy direction.1

A few seconds of crackly noise, and then straight into a fuzz-riff so gnarly it’s got its own beard. The song’s called ‘Seven Rotting Globes’. Lovely. It’s like they were never away.

But wait. A minute and a half in, and the riff skids to a halt, and we peer over the edge of a precipice to the sound of rummaging drums, a single sustained chord, and some eerie ‘woo-ooo’ noises. It’s a long way down, and we know there’s going to be nasty stuff down there, but over we go anyway. We plunge into the infernal depths in a monstrous avalanche of noise, and there’s that guitar, that scraping and snarling guitar which gouged its way throughout the first album. It’s good to have it back. It’ll be with us, on and off, for the rest of our journey.

Now, I know that I’m supposed to tell you that our subject sounds like this or that other band, but Obake really don’t sound much like anybody else I can think of. Maybe a bit like a really pissed-off Ufomammut? Still, we have a pair of songs now, ‘Seth Light’ and ‘Transfiguration’, which, whilst featuring the typical Obake tar-thick riffage and claustrophobic sludge-fuzz, irresistibly put me in mind of early-ish Tool. Something like ‘Prison Sex’, maybe. Not that they sound remotely LIKE Tool, you understand, but there’s something about Lorenzo Fornasari’s vocals, the phrasing, that reminds me of the way Maynard does it.

Anyway. ‘Thanatos’. Greek for ‘death’. Scratchy noises, distant screams, and someone playing what sounds like a giant rubber-band, before another mountain of smoking sludge drops on our heads. There’s a wee hint of the Celtic Frost about this one, vocals swinging between tortured and torturer. In fact, do you remember the cover of that Celtic Frost album, ‘Into The Pandemonium’? The Bosch painting? Yes, that one. Well, that’s what this album sounds like. Like a vision of Hell, burning, reeking, damned souls wailing in their lakes of pain.

‘Second Death of Feng’, up next, features an unexpected respite from the bleakness with a short but eerie ambient/prog section lurking in the middle, and ‘Burnt Down’ is utterly different to anything else on the album, like a burst of clear light through the Hellish clouds of smoke. It’s a lovely, drifty dreamy thing, a brief respite from the whole boiling tar thing, letting you look up to the ‘nice’ place and listen to the heavenly choir of angels for a bit.

‘M’ is another of those songs with an unexpected change of direction – thick sulphurous sludge, that weird strangled guitar noise and angry growls, eerie open spaces with rubbery bass noises and a ghostly female voice, and a clattering, percussive avalanche of noise, and vocals which wouldn’t seem out of place on a Mastodon album.

Finally, ‘Infinite Chain’ is just weird. Like if David Bowie or Japan did doomy sludge kind of weird. (I’m wishing I hadn’t used the word ‘rubbery’ in the last paragraph, because it fits here perfectly.) And then it gets bigger and bigger and louder and louder, drums battering and Fornasari’s voice passionate and rising into almost operatic territory3… And then it stops. Quiet piano fade-out.

Damn, that was good.

To be perfectly honest, I have no idea what Obake’s intentions are here. What the songs are about I have no clue, but I doubt they feature kittens and fluffy bunnies in any significant way. This, to my ears at least, is a soundtrack to a visit to Hell. Not the comedy ‘Hail Satan!’ Hell of nail-studded wrist-bands, corpse paint and inverted crosses, but a reeking, burning pit of endless darkness and pain. The kind of Hell where you can’t tell the difference between the demons and the damned. I can imagine, as I listen to it, Lucifer looking out over the Boschian landscape from his vertiginous tower, sipping from a glass of something rich and red, and smiling. 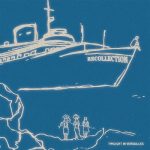 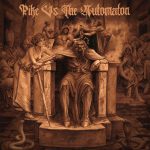