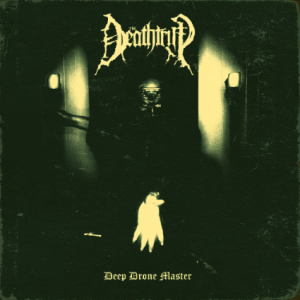 Released on November 14, 2014 via Svart Records

I am a deep fan of black metal and I remember the days when black metal was raw and cold sounding. The Norwegian sound was something everyone tried to emulate, but in name of progression some got away from that sound. I wouldn’t call it a bad thing, music usually has its ways of moving forward.

The Deathtrip is bringing the old sound back. Members of Dœdheimsgard and Thine get together to bring the sounds of old school. Recalling the sounds of bands like Celtic Frost and Darkthrone; this album seems too forced trying for trv kvlt.

While the songs are well written and the music production is well done, thanks to Host’s and his awesome guitar work and the pounding drums of Dan “Storm” Mullins, the vocals from Aldrahn, ex-Zyklon-B, didn’t do it for me.

The vocals are clean with some black metal growls, but to me they didn’t really seem to fit with the instrumentals. The lyrics were also somewhat cheesy, in a sense they were trying way to hard to be dark and just overdone.  Like a cheesy horror house. The vocals and the lyrics take away from the ominous and darkness of the tracks. I think if the album didn’t have some of the cheesy over done vocals and sticked to original faded raw black metal growls, it would be awesome.

Deep Drone Master is just what it says to me. Drone cheesy black metal vocals which just doesn’t cut it. I would have liked to see some new freshness to this album and maybe a little less, lets try to be as kvlt as possible and blow it. Again, great job on the tracks and the music production! But a little less on the vocals.