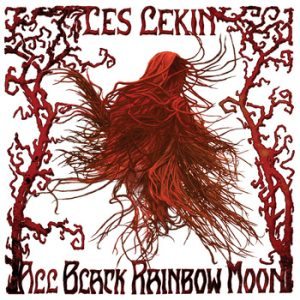 Austria is not a place that springs to mind when considering the heavy psych genre, or indeed any genre if we’re honest but if the standard is as high as this album from Les Lekin promises then we really should be getting over there more.

A mysterious, in that details are scant, band with a penchant for long drawn out instrumentals, All Black Moon Rainbow is their debut release. Now, there is nothing truly original about this album but it is the sheer aplomb with which they deliver that raises it above the usual standard fare.

A set of six instrumentals, each built around a heady mix of doom laden riffs, psych blues interludes and a spaced out rhythm section, they all link together as one big jam. With more than a hint of Black Bombaim about them, Les Lekin may not have the bravery to fly too far off the handle just yet but in keeping things grounded they instil a sense of purpose.

By not allowing the wayward aspects to take control, it’s is the doom elements that stand out as riff after crushing riff compete to make your head nod the most. There’s an approachability about the music that keeps more heavier tendencies at bay and raises the bar for enjoyment.

That’s not to say Les Lekin don’t know when to let loose and when they do they are moments of divine grace which explode from the album. It is at these moments that you are forced to accept that your are in league with an extraordinary talent and that they can only get better. A great find amongst an ever growing crowd of similar minded bands.