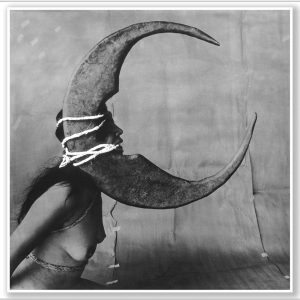 Intentionally or otherwise, atmospheric black metal band Ghost Bath have managed to kick up a fuss just before the release of their new album Moonlover. The band claims to be from China, but their nationality was questioned following Kim Kelly’s Noisey feature on Moonlover as they were surprisingly unwilling to talk about their local scene. Ghost Bath responded with a picture of four men who had their faces obscured and a refusal to discuss their origins further.

Thankfully, there is far more to Moonlover than this controversy. For a start, ‘Golden Number’ is a masterpiece. Starting similarly to Deafheaven’s ‘Dream House’, with a few seconds of layered guitars that lead into the album’s first blastbeat, it quickly distinguishes itself with a perfectly phrased lead guitar melody. There’s a brilliant sense of dynamics throughout the song, which slips effortlessly between isolated guitars and keyboard backed walls of sound before finishing with a two minute piano section. It’s a wonder that ‘Golden Number’ somehow manages to be as charismatic and instantly accessible as it is despite being nine minutes long.

Moonlover‘s only weakness is that the momentum built by this song is allowed to dry up. ‘Happyhouse’ is a doom metal slow march that again mixes blastbeats with lean, evocative leads but after this the album becomes far more gentle. Ambient forest noise and clean, almost acoustic guitar tones are used in ‘Beneath The Shade Tree’ and ‘The Silver Flower pt. I’ – both instrumentals that show the band relaxing into something that’s more comfortable than challenging. They are good, but they feel like an excessively long introduction to ‘The Silver Flower pt. II’ where the album starts to pick up its pace again.

Despite unquestionably being an extreme album Moonlover rarely sounds particularly heavy. There’s far more post-rock fuzz than metal crunch to the guitars and during blasts there’s often a slow, steady hand on the cymbals so they toll meaningfully while the snare and kicks are crashing beneath them. This takes Ghost Bath’s sound a step further away from their black metal predecessors – they would fit in better at SXSW than they would’ve at Hole in the Sky. The same is true of their baleful whoops and shrieked vocals which are pushed deep enough into the mix that they don’t have the kind of aggressive presence you’d expect. Instead they act as distant, mournful catharsis.

The weight of almost nine minutes of downtempo atmospherics means that Moonlover does sag a little in its middle, but it remains an exceptional album. Ghost Bath have displayed an incredible creative vision which pays homage to Deafheaven and Alcest while remaining far more than just a product of its inspirations. This time next year I probably won’t remember the drama around Ghost Bath’s origins, but I will still be listening to ‘Golden Number’.