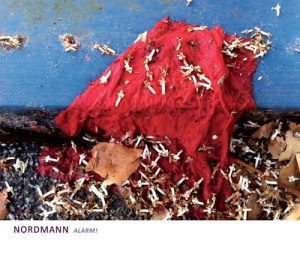 Back in ’93, I went with my then girlfriend (now wife) to see Lester Bowie play in the Queen’s Hall in Edinburgh. Bowie’s wife – Fontella Bass of ‘Rescue Me’ fame – was doing a supporting set, whilst Bowie had brought his new band – The Brass Fantasy – to town. My wife played trombone in a brass band and was really up for the evening. She wasn’t disappointed and neither was I: Both Lester Bowie AND Fontella Bass were utterly brilliant.

Why am I retelling this story? Well during Bowie’s set he introduced a song as follows … he was a diminutive African American gentleman in his 60’s with an elongated goatee beard, thick nerdy glasses and a white lab coat. He came up to the mic and said … “You know why I play FREE jazz? Because it means I’m free to play whatEVER I want!” He then counted the band into a cover of Michael Jackson’s ‘Black or White’, a rendition that did not miss Slash’s guitar.

I was blown away. That moment changed me. I stopped holding tightly to genres and categories, especially within music, and focussed instead on whether I was moved as a result of seeing or hearing a particular ’thing’.

The reason for this big intro is that on Alarm!, the four piece band Nordmann readily follows Lester Bowie’s advice. I know some people will be disappointed to hear that there are no Jackson covers on Alarm!, but instead there are some seriously strong soundscapes presented, and done so in a liberated and liberating manner.

Whilst I wish to stay clear of genres and classifications, I will say that Nordmann has more in common with the progressive freedom of King Crimson than most jazz ensembles out there. There’s also a fusion reminiscent of Miles Davis’ electric period but with more melody and intention. As such, it is hard for me not to be moved or jump up and down on my sofa like Tom Cruise.

Yes, I am that taken with this album! With the frenetic yet funky drumming; the hard, gruff bass; the eloquent saxophonics; and the progressive guitar … it would be hard for it not to move me. And yet move me it does with the complex time signatures, rollercoaster-like movement and intentional dynamics … Alarm! certainly ticks all my boxes.

I could easily see Nordmann on the same bill as more progressive post or math rock acts. They have a sound that is decidedly complementary with a willingness to push forward that would easily position them with more experimental electronic acts. Yes, they are jazz, but they are jazz in the same way that Zenjungle, Polar Bear and Mahavishnu Orchestra are jazz: they are and so much more.

Take the time signatures of ‘Ohm’, the track really explores the dynamics of fast and slow, frenetic and calm, wild and measured; or the imposing bass and mournful sax of the title track, ‘Alarm’, which is three tracks in one as it moves and shakes and evolves during it’s 7 minute duration.

Alarm! is a rollercoaster of an album – take the last three tracks, for example: we go from the frenetic expression of ‘Jumunga’ to the tranquility of ‘Lights’ and then back to the even more frantic with the blistering ‘Nightwork’, a track that evolves into something delightfully melancholy at the end.

All in, I loved Alarm! by Nordmann. I really enjoyed their expression and was easily able to see a band paradoxically comfortable in their genre whilst desperately want to push beyond its confines. This progressive outlook can only be a good thing and for me it was.