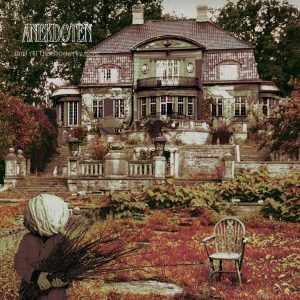 If you only have a passing interest in prog then you can be forgiven for not having heard of Anekdoten. Between 1993 and 2007 they released 5 studio albums to critical acclaim, but never quite made it beyond the status of a revered cult band. In 2009 Kscope released the 2CD anthology Chapters, but apart from some sparse headline and festival dates around mainland Europe things have been quiet in the Swedish band’s camp for eight years.

In 2013 updates began appearing from the studio on the official website and via social media. It has been a long and frustrating wait for new material, not least for the band who stated last year “It’s taken (a) longer time than expected, but quality is more important than speed… It’s taken too long, but we’re seeing the light at the end of the tunnel!” The results are finally here and boy was it worth the wait. Since there are only six songs (and to convey the band’s style to newcomers) I’m going to break the reviewer’s code and provide a track-by-track analysis.

Previous albums attest to Anekdoten’s ability to write the killer opener. Don’t take my word for it, ‘Karelia’, ‘Monolith’, ‘The Great Unknown’ etc. all speak for themselves. They haven’t lost that knack. ‘Shooting Star’ leaps from the speakers with intent and with all the band’s trademarks foregrounded. The heavy vintage-overdriven guitar, huge monolithic slabs of melancholic Mellotron and Jan Erik Liljeström’s monstrous Rickenbacker bass (devotees of Chris Squire and John Wetton take note). Ex-Opeth keyboardist Per Wiberg makes a guest appearance providing Hammond organ leads as only he can.

First-time listeners will be forgiven for noticing a similarity between the opening track and Wiberg’s previous band that goes beyond the personnel involved. This would have slotted in seamlessly on Pale Communion or Heritage. Be cautious before calling “rip-off” though – Anekdoten sounded like this when Opeth were still playing death metal. Pointing the finger of plagiarism at Åkerfeldt et al. is equally fruitless. The fact is that both bands are products of the same influences, same culture, worked in the same studios. The good news is that if you like Opeth’s recent direction you now have six albums to enjoy that are every bit as good.

Anekdoten began in 1990 as a trio playing King Crimson covers. That sound still forms the bedrock of their style. In clumsy shorthand they sound like Crim would if they had not split up after recording Red. ‘Get Out Alive’ is the pre-release preview track and Fripp fans will recognise guitarist Nicklas Barker’s debt to Robert in his sublime solo. Using analogue effects and years of studio expertise his lead is inspired by the Fripp & Eno ambient classic Evening Star and Fripp’s stellar playing with David Sylvian. Soaring and searing laser-beam lines search into feedback before being pulled back to an earthier tone. Barker’s time with his other project, the improvisational space/krautrock ensemble My Brother The Wind has clearly paid dividends. His playing has reached a new level.

An energetic start gives way to the elegiac ‘If It All Comes Down To You’. Flautist extraordinaire Theo Travis (Steven Wilson Band, Gong, The Tangent to name a few) adds an extra level of melodic and emotional intensity. His yearning solos beckon the other musicians on like a pied piper and they bring the track home in a devastatingly beautiful denouement.

The centrepiece and perhaps the highlight is ‘Writing On The Wall’. Its apocalyptic lyrics, an epitaph for a falling Babylon, seem autobiographical given the intervening years: “Knew we could not stay/Had to find a way to leave it all behind/Once we thought that we could have it all”. The first half is classic Anekdoten, ensemble playing creating a dense collage. The second half shows off where the band are now. Barker’s lead guitar comes again to the fore while greater use of space and interplay between the instruments creates a more dynamic sound than of yore.

The title track features a guest spot from Marty Willson-Piper (The Church, All About Eve) on 12-string and lead guitar. Together with Travis’s flute he creates a pastoral sound which contrasts with the claustrophobia of the protagonist who feels walls (Babylon again?) falling in on top of him. As the shortest song it offers some respite before the frenetic instrumental ‘Our Days Are Numbered’.

This is where everything that has gone before is thrown into the mix. After a mellow intro with chiming vibraphone a Mellotron choir enters to a martial drum beat and a descent into the maelstrom ensues complete with whammy bar molestation and Gustav Nygren (from the Swedish rock band New Rose) accompanying the chaos on screeching saxophone. Absolute magic.

Some of us have waited what seems like an age for this album. The great news is that they made the right concession to speed in favour of quality. This is their masterpiece and will surely see them attract a new legion of listeners.

In a year that has already given us Steven Wilson’s indisputably magnificent Hand. Cannot. Erase. this is the best release I have heard so far in 2015. Essential.