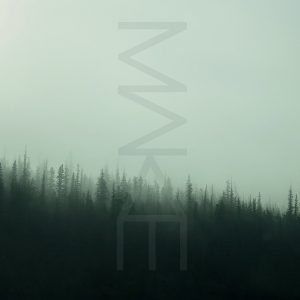 North Carolina has been a hotbed for some great bands through the years, Hopesfall, Weedeater, Between the Buried and Me and now, MAKE. The Golden Veil, MAKE’s follow up to 2012’s Trephine delivers on all fronts. Taking the blueprint for post-metal, removing all the stuff that’s been boring for the past 10 years and just making a solid album out of what’s left.

If you are unfamiliar with MAKE, for me they blur the lines between the later material of ISIS, Mouth of the Architect and Rosetta with a healthy dose of the much loved (and much missed) Disappearer weaved throughout.

When the album starts, we are within a chaotic storm of electrical distortion which ebbs, flows and snarls before it gives way to a repeating psychedelic acoustic piece that wouldn’t sound out of place on a Human Bell album (check it out if you haven’t already. It’s a masterpiece). This is the lead up to something great.

‘Breathe’ begins the proceedings for the rest of the album, pounding onward whilst the instrumentation gently emerges and builds in density. The way this comes together reminds me of the aforementioned Disappearer, and I love it. I should mention that I’m not the biggest fan of vocals on a lot of music like this. I find it tends to kill the feel of what a band have just spent the last 10+ minutes building up gently and methodically, only to be instantly ruined by someone shouting pointlessly over the top. I feel that MAKE do a good job at preserving the strengths of using vocals in this style though. They go from immense and impressive guttural growls to an almost hypnotic style of singing that wouldn’t sound out of place coming from the lungs of Michael Gira, and like Swans, they constantly display that they know when to let the instruments do the talking. It’s changed up nicely, and it works.

The album flows seamlessly together at points, which is great. I’m not sure if this is a concept album based around a central theme, but to my ears, some of the songs are extensions of what the previous track was doing, which is a nice touch. Everything sounds consistent, thought out and is executed wonderfully. It’s crushing when it is heavy, it’s full of space when it is ambient and it’s even psychedelic enough when it wants to be. Washes of reverb, delay and noise float across from time to time which breaks up the usual post-metal blueprint wonderfully. Album closer ‘In The Final Moments, Uncoiling’ really demonstrates what MAKE can do, combining the best elements of their influences to create a tense sonic landscape that easily puts others in the genre to shame.

It is probably a long way off, but I am really looking forward to seeing what this trio produce next.