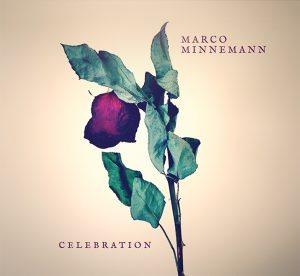 The music of Celebration is in the vein we’ve come to expect from Marco Minnemann – unpredictable, genre-hopping and complex. However, unlike 2014’s EEPS, a lot of the experimentalism of that album has been eschewed for a greater sense of cohesion and focus. There’s an innate catchiness to the music and grooves are at the forefront.

Typically here there would be a discussion of Marco’s brilliant drumming – let’s take that as a given. The album is – indeed – a celebration of Minnemann’s mastery of the typical arsenal of rock and metal instrumentation, as he again plays all the instruments here: guitars, bass, keys, vocals and drums. But it is Minnemann’s keyboard and piano playing that is brought to the forefront more than in recent memory, and there are plenty of instances throughout the album where the keyboards shine.

Having said that, the first few tracks of Celebration might make you think this is going to be a metal album. Look beneath the heavier metal stylings, however, and there is undeniably a debt to music of the 70s. The bass and keys of opening track “Miami” evoke a jazz fusion vibe in the vein of Weather Report, before devolving into a mysterious metal groove with smatterings of vibraphone (there is a surprisingly large quantity of vibraphone on the album). Meanwhile, the jazz-funk grooves of “Thoughts Take Shape” are performed with such an ease that show how comfortable Minnemann is with the form. There are also plenty of forays into prog rock and odd-time signatures – both second nature to a man having played on the last two Steven Wilson records. The culmination of all these genres gives the album a unique style, as the influence of jazz fusion and funk inject a cheerfulness into the surrounding heavy and odd-timed music. These moments morph otherwise sombre tunes into happy, hopeful prog rock. This same cheerfulness can overstep its boundaries when it leads to the overly saccharine sweetness of the pop tracks, but these are fortunately short and few. Having said this, in my interview with Marco he brought to light the dark lyrical content that perpetuates the album. My knee-jerk reaction was to second-guess myself: had I misinterpreted the album entirely?

Yet it turns out to be another example of the variety of the album; there’s darkness hidden in the light. “What Have You Done?”, a song about someone surviving a coma, also contains the most instantly hummable bass line ever in the chorus. The ending of the title track is so uplifting and triumphant, and yet the lyrics are about people who died in terrorist attacks.

As good as all the aforementioned tracks are, as with EEPS before it, Celebration’s standout track is its lengthy centrepiece: the near-11 minute “Print Club”. Opening with a slab of 7/8 prog rock guitar riffage, the music soon twists and turns and again highlights Minnemann’s skills on the keyboard. There is a fusion-influenced bass and keyboard duet, mandolins and glockenspiels, a surprisingly quiet ending and plenty more in between. “Print Club” showcases the best of Minnemann’s playing across all instruments, as well as his song writing ability. Throughout Celebration, his sense of arrangement feels simultaneously organic yet attentive and meticulous. This makes those sudden changes in genre occur without you ever really noticing it, even as the music is continually moving forward and changing, only rarely looking back to quote a prior theme or two.

The pacing of Celebration is also worth acknowledging – at 71 minutes, it’s important not to lose listeners part-way through. However, just when the odd-timed heavy riffs might tire you out, there’s a quieter, calmer piece to follow. Just before it starts to get too calm, there’s some batshit crazy song around the corner (I’m looking at you, “Eclipse”).

Celebration is a surprisingly cheerful, inventive album that finds Marco Minnemann honing his song writing craft further while still being obsessed with creating grooves and having fun. It is also a great starting point for those unfamiliar with his rather extensive back catalogue, but more than anything it leaves me eager to see what the next album will bring if this song writing trend continues.

Read an interview with Marco on the making of this album here. 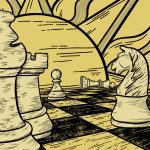 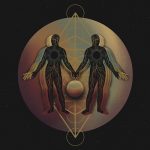