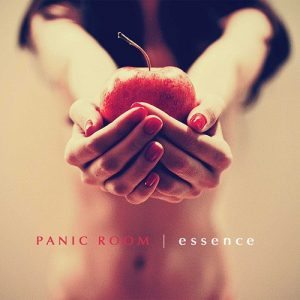 Welsh-based rock band Panic Room have tried something a little different for their fifth studio album, opting to use a Kickstarter campaign to finance what could be broadly termed an ‘unplugged’ album. Essence comprises ten songs from the band’s back catalogue, stripped down and often re-imagined for the purposes of the album, alongside two new compositions. The ‘unplugged’ concept has become tired and hackneyed over time, most likely because the idea has been plundered – largely without any great success – over and over again by bands low on inspiration, rather than seized upon by bands who truly want to try something different. There may also be a tendency to think of them as for fans only. However, Panic Room have served up something here that may well appeal beyond their faithful listeners.

Opener ‘Promises’ loses its original feistiness and becomes a confessional torch song, with gliding bass and pattering percussion underpinning keyboardist Jonathan Edwards’ rolling piano. Vocalist Anne-Marie Helder stretches the punchy lyric into longer lines, teasing the song into a new pattern which nevertheless retains its original shape. It does, however, feature a striking closing solo by new guitarist Dave Foster (Mr So & So, Steve Rothery band), an early indicator that Foster’s recent permanent appointment to the guitar spot was an inspired choice.

In many ways, this approach sets the pattern for the rest of the album: songs are given new hues, yet – to the ears of existing fans – are for the most part identifiably themselves. The Arabic stylings of the fuzzy, psychedelic ‘Apocalypstick’ give way to a largely acoustic reading that has more than a touch of the Spanish bullring about it, the adversarial nature of the song’s lyric given an entirely new battlefield to play itself out on. Helder’s eerie vocal is in some ways even more unsettling for being less buried in thundering drums and a whirlwind of guitar, although Foster can’t resist adding a few electric fireworks as the track builds to its conclusion. A few of the tracks are even less changed from their original incarnations: the beautiful folk-influenced ‘Moon On The Water’ is scarcely altered from its original studio version, except for a brief, blissful flute solo from Helder. Likewise, the defiant ‘5th Amendment’ is very recognisably itself – so much so, in fact, that it may leave the listener wondering why it is included here. It’s probably the song that benefits the least from its new skin.

The two areas where this record really scores, however, are when the band produce something wholly new – as with new tracks ‘Rain & Tears & Burgundy’ and ‘Denial’ – or when it does something especially unexpected. Not many Panic Room aficionados could have predicted the band’s almost bluegrass-flavoured bar-room reading of ‘I Am A Cat’, for instance. Freed from its knowing, deliberately jarring fairground feel, the song is less obviously comedic and displays a whole new appeal. The anthemic ‘Screens’, meanwhile, is given a funk makeover, bassist Yatim Halimi’s formidable skills well and truly stealing the show between the song’s warm choruses, Foster having a great deal of fun with his mid-song solo spot. Elsewhere, ‘Song For Tomorrow’ is given a bossa nova feel, driven along by Halimi and drummer Gavin Griffiths’ deft rhythms, topped off with Edwards’ dreamy keyboard and a woozily romantic vocal from the adaptable Helder – a very different flavour from the vertiginous guitar-powered rocker that it began its life as. Even this change pales into insignificance next to the radical re-tooling of the heads-down rocker ‘Black Noise’ as a dub reggae number, though. Unlikely as it sounds on paper, it works incredibly well: the song retains its baleful glare but really swings – a particular testament again to the rhythm section who make the transformation work. Halimi’s molasses-thick bass, again, is a strong presence throughout.

The new songs are pleasingly different to each other in their turn. ‘Rain & Tears & Burgundy’ is a bittersweet acknowledgement of the power of friendship and its importance in the face of the trials of life: “the more we live, the more we learn that we can survive”. For the most part it’s a gentle shower of acoustic guitar with Helder’s understated vocal floating above, though the interjections of Edwards’ tinkling keyboard mirror the rain of the title, a pleasing onomatopoeia that lends the song a gentle, reflective mood that lingers for some time after it is over. ‘Denial’, on the other hand, is a bluesy mid-paced rocker that sees one of Helder’s favourite themes – that of being able to evade the relentless pace of modern life and slow down long enough to smell the roses – comes to the fore here once again. It’s Foster that really steals the show here, though, which some wonderful blues-infused soloing that is further evidence that he is most definitely the right man for the job.

The album closes with two fan favourites: much-beloved ballad ‘Firefly’ is stripped back to its bare bones, Helder’s vocal is dialled back substantially and benefits hugely from the increased sense of intimacy, whilst Edwards’ sure-handed piano accompaniment is magical in its minimalism. Foster’s interjections on acoustic guitar are so tentative as to be only partially visible, and the song gains a ghostly beauty that leaves the original studio version of the song twisting in the wind. Although the climactic ‘Satellite’ doesn’t benefit to the same degree from being stripped back, it certainly possesses the same magic that the full electric version has. The churlish may feel that the song really hasn’t changed that much from its earlier incarnation, but it has become such a favourite for the faithful – new and old – that that simply feels like nit-picking.

Special mention must be made of this album’s production, which really is outstanding. A good production can make or break a record of this nature, and Essence really does sound beautiful. Every last tinkle of Griffiths’ cymbals and caught breath in Helder’s vocals is preserved, yet the hushed, intimate feel is not shattered by Halimi’s thick, muscular bass or Foster’s formidable guitar.

Overall, Essence is a very impressive entry into Panic Room’s remarkably consistent back catalogue. Essential for fans, and an interesting introduction to a versatile band with substantial emotional heft for those who have yet to hear them in action, Essence proves the old adage that you should be able to strip a good song down to its bare bones and it should still work. It also serves – intentionally or otherwise – as the perfect bridge for the uninitiated to Edwards and Helder’s work in their largely acoustic-based side-project Luna Rossa: the work of each band has clearly informed the other, and they share musical, as well as biological, DNA. Many bands who rarely work in the “unplugged” sphere have made tragically disappointing “acoustic” albums; where many a big name has come unstuck, Panic Room have triumphed.