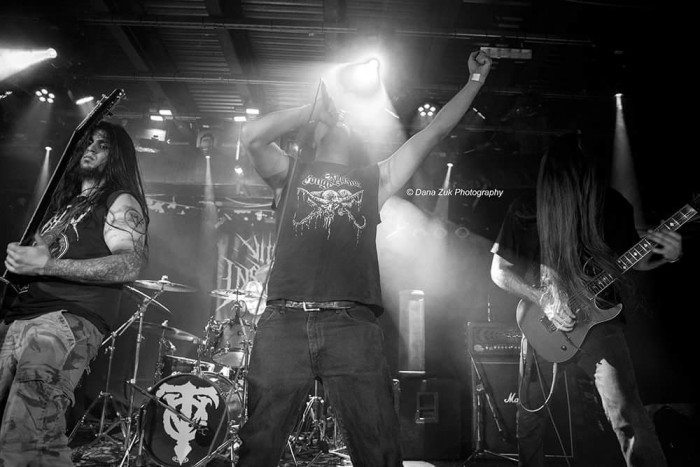 Formed in 2011, with influences ranging from Vital Remains and Belphegor to Emperor and Behemoth, Vile Insignia has quickly reached the higher tier of the Canadian metal scene, through their hard work, quality of live shows and mutual respect with the people involved in the scene. In 2013 they released their self-titled EP, which showed the admirable musicianship of the band. After reaching the finals of the Wacken Metal Battle Canada, Vile Insignia was motivated further to realize their potential – and now they are on the brink of self-releasing their debut album. With their melodically charged brand of heavy and fast music,  with most songs reaching the 9 minute mark, Vile Insignia is an intense experience to behold!

Listen to an exclusive première of the track ‘Reich of Evil’ below. This track demonstrates the technical abilities of Vile Insignia nicely, with fast bombarding drums and razor-sharp riffing, making you throw horns in the air before you slam into the pit. This is extreme metal as it’s supposed to sound.

If you happen to be in Calgary on October 2nd, make sure you’ll go to the album release party, which also has Xul, Entity and Reverend Kill playing. For more information go here.