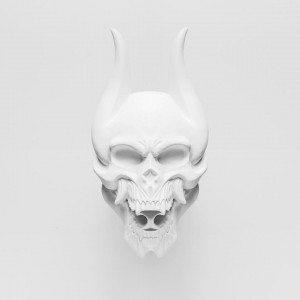 Released on October 2, 2015 via Roadrunner Records

Horror of horrors Trivium have released an album with no harsh vocals. We’ve been here before, with the disappointing and almost decade old The Crusade, but things are different this time. While The Crusade was defined by what it was missing, Silence in the Snow expands Trivium’s repertoire with elements of heavy metal and arena filling rock.

Matt Heafy’s vocals are clearly the centrepiece of this album. His screams are missed, but he pushes his singing voice harder than ever before to make up for their absence. His voice now has a brighter, almost power metal tone to it. There’s loads of layering of vocal tracks going on, possibly a sign of trying too hard to be anthemic, but Matt’s strong and distinctive voice makes it work.

The Crusade and previous album Vengeance Falls felt limited by compromise. They both showed a more accessible side of Trivium, but were missing something as a result. Silence in the Snow is a far more successful iteration of this tactic. ‘Until The World Goes Cold’ exemplifies this: it’s the band’s most chart friendly song since ‘Dying In Your Arms’, but there’s no cynicism to it. Similarly, the Iron Maiden inspired verses and pre-chorus in ‘Pull Me From The Void’ offset its heavier and slightly ponderous chorus riff. It’s not perfect – an awesome chorus can’t save ‘Rise Above The Tides’ from being too generic – but the execution of this concept is otherwise impressive.

That’s not to say that Silence in the Snow abandons heaviness entirely. Corey Beaulieu and Matt’s extended range guitars give a powerful crunch to its rhythm section. These come to the fore in ‘Dead And Gone’ and ‘Beneath The Sun’, which are the kind of low end focussed metalcore you’d expect from Devil You Know. There’s still plenty of weight left to Trivium elsewhere, it just isn’t channelled into overt aggression as it was before.

Fans who were excited that Silence in the Snow‘s title track was originally written during Shogun’s sessions might be disappointed as Trivium have never been further away from the heavy and progressive style of that album than they are here. This feels natural though, what they have produced is an improved version of the development which the band have attempted before. Now they have the confidence and maturity to make it stick, the result is the best release in a long time from a band which continues to experiment deep into their career.