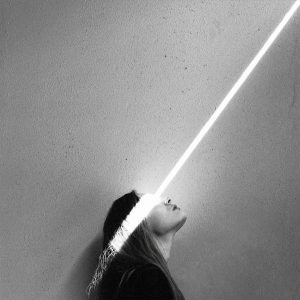 Released on November 6, 2015 via Rocket Recordings

…And The Present Concern For The Future At Hand

I’m glad I got my scabby fingers on this, Teeth of The Sea’s last album Master was a strong candidate for album of the year a couple of years ago and Highly Deadly Black Tarantula is no doubt a suitable successor.

A dark track with an eastern sound always reminds me of ‘the war on terror’ and how fucked up the world has gotten. It’s songs like this that become cathartic when so much seems wrong with the world; the UK grows more and more corrupt every day, austerity cripples the poor and the media simply smears anyone who criticises them leaving us with some bizarro Robin Hood anti-christ that steals from the poor and gives to the rich. It’s hard not to be angry. It was only two years ago that Teeth of The Sea’s Master came out and look at the leap they’ve made in terms of tone. This album is infinitely darker. In fact, the overall music scene has gotten consistently darker and consistently more narcotic. Maybe I’m clutching at straws but, to me it almost seems reactionary, like people are starting to have a reason to be pissed off again. Sure, the world we live in is never as personally affecting as our actual lives but, politics does govern things to an extent.

‘All My Venom’ opens with pulsing, jarring stabs and twists; knotted bends and winds unfurling an unsettling tapestry. Eastern desert guitars and brass melancholy ride into the picture like a spaghetti western for the age of surveillance and destruction. A track that would sit well looming over any era but, seems especially prevalent as a shadow of our time. The hilight of the track to me comes when the militant drum regiment falters in the middle of the track and what I guess would be called a guitar solo bleeds in. It’s utterly sublime. Somber blades of guitar just seem to wrench out of the song and drag you by the gut, I could listen to it on an endless loop. An absolute thing of beauty, that such despair can be conveyed so perfectly through an instrument. I adore this opening track.

‘Animal Manservant’ is a fairly slow burn, however each step of it is incredibly abrasive. It actually reminds me a little bit of the collaboration between The Body and The Haxan Cloak ‘I Shall Die Here’. Dark, heavy tones matched with equally maleficent drums accentuated by a disturbing scream permeating through the track. It’s not for the feint of heart but, it’s definitely an interesting listen, there is some relief for the spongey eared crowd in that there’s brassier bits and little melodic hints here and there but, for most it’ll be a pretty challenging listen.

In track three, ‘Field Punishment’, the band returns to a sound slightly more like something from Master but, what’s brilliant about it is that the track is still undoubtedly from Highly Deadly Black Tarantula. The track has all the trancey undertones of the band’s previous album but, with the serrated edge of the new opus. It’s a track that sounds like the gizzards of a broken computer duelling out veins of trance and techno against spaghetti western hooks and electronica jabs.

One of the great aspects of Highly Deadly Black Tarantula is its patience. The gaps between the songs in the album allow you time to process the next set of eclectic chaos whilst the songs themselves are mostly progressive loops and gradual builds with each sound finding time to shine at the appropriate moment. ‘Have You Ever Held A Bird Of Prey’ is a prime example of this. There is almost four minutes of ambience at the start of the track, like a record spinning calmly waiting until you’re ready to turn it over; building anticipation. You’d be forgiven for shitting your pants when the song begins to pulse at the four minute mark, especially if you’ve attempted to adjust your volume in the break. The track itself is built on a palpitating drum beat that along with the band’s uniquely unsettling vocals battle for supremacy in the track against jagged guitar tones that swoop in picking off moments like a pterodactyl in a miss world competition. A real winner.

‘Phonogene’ is a fairly quintessential Teeth Of The Sea track, in the way that the group often utilises these short pieces to help build the overall pacing and tone of the album. These interludes act as exposition, tour guides in the world the band inhabits. A stark contrast to the progressive waves of music Teeth Of The Sea can create, a journey into the looking glass and a brief teaser of what’s to come.

Delicate, menacing breaths open ‘Love Theme For 1984’. Bouncing off ‘Phonogene’ the track slowly builds. A lone percussive synth sound pushes back and forth like a pendulum or the ubiquitous time for the bomb in a thriller. Guitars dance in the background until the track settles into a sublime mix of sounds, divinely beautiful but, inherently worrying. The title of the track is perfectly matched to its atmosphere; it’s beautiful on the surface but, the same darkness that purveys throughout the album simply lies dormant here. Towards the 8-minute mark the brooding guitars begin to sweep back in, cementing the album’s diegesis as a wasteland; a desert where hope watches the sun set beside violence, corruption, pain and acrimony. Where music is made from a wealth of anger and sorrow because the world’s too fucked to do much else.

In Highly Deadly Black Tarantula, Teeth Of The Sea join the army of bands united in darkness, at a time when it is becoming a global commodity. It is an excellent, abrasive, engrossing and cohesive album with cathartic muffled screams, exquisite synth sounds and some of the best guitar lines you’ll hear this year. This album is the sound of the present; a foreboding of a dystopian future we are embarrassingly close to…and it seems only artists such as Teeth of The Sea, The Naturals, Tiny Fingers and Hey Colossus are really admitting it:

“If you want a picture of the future, imagine a boot stamping on a human face…forever.”
George Orwell, 1984