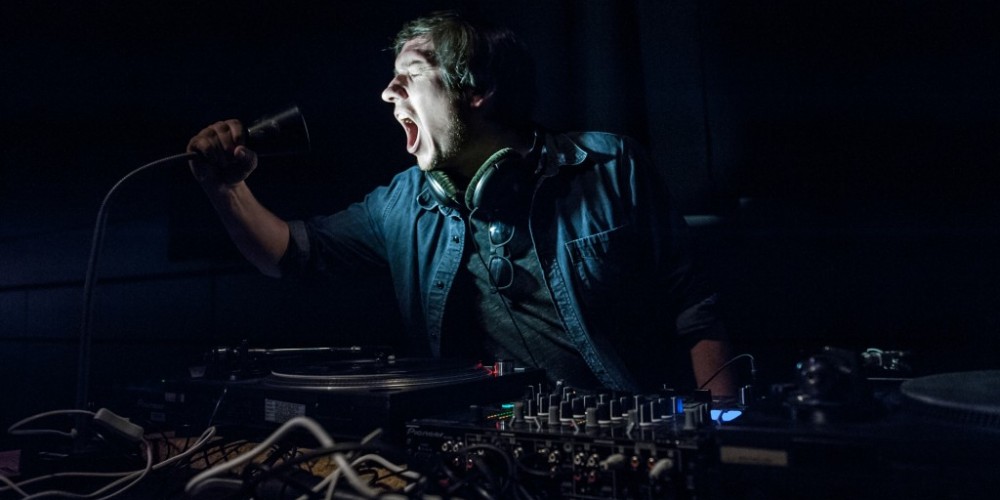 Hey Colossus (x2), Teeth of the Sea, Hills, Shit and Shine… it’s been another incredible year for Rocket Recordings. At Echoes and Dust we simply adore this label and can’t wait to find out what they are going to throw at us next year. Rich had a chat with Chris Reeder from the label and it looks like he forgot to ask him how he was and went right into the questions… HOW RUDE! Enjoy!

CC: Goat are obviously massive. Hey Colossus and Teeth of the Sea appear to be on their way too, is the label now bigger than you ever thought it would be?

CR: To be honest, we don’t feel any different to how we have ever done…it is still just John and myself doing ‘everything’ from the band A&R, sleeve design, accounts, admin, live visuals, etc etc. Plus we both still have to take on freelance design work to help make ends meet. So we don’t feel like a big label at all.

But we have heard people refer to us as this big and important label which is very flattering to hear. At the end of the day it is people who buy our records we all have to thank for our success as if they didn’t believe in the music we have released in our 18 years of existence then we wouldn’t still be here!

CC: What other labels in the UK do you admire?

CR: We love our friends at Invada, Zam Zam, Cardinal Fuzz and Tesla Tapes – all four are labels doing great things. I personally love Diagonal records, I think the design aesthetic is great! I also love the Light Sounds Dark compilations, real great crate digging comps. You have to be quick with them though as they sell out within days of coming out.

CC: Teeth of the Sea went in a much different direction to what I thought they would, what was your first reaction when you heard it?

CR: Well we never ever know what a Teeth of the Sea album is gonna sound like, and in truth I don’t think they ever do either ha ha!!!

But when I first heard it I thought it was amazing, their most concise album to date I would say. Plus the stunning sleeve image that John found just captured the spirit of the sound so well…they always make Rocket a very proud label and it is great to see that people are starting to really warm to them and get what they are doing. They are a very important UK band!

CC: Any new bands to look out for that we probably have not heard of?

CR: I am sure you guys at Echoes and Dust have your fingers well on the pulse so I doubt it…But have you heard of Defenders of Style? They dropped the best hip-hop album I have heard in years, check them out, really reminds me of the best of Def Jux and a bit of Wu-tang…but from Leeds!! Another great band are the Swedish band Flowers Must Die, you know them? They have self released 3 great LP’s and have several EP’s and tapes out…check them out on bandcamp, think it is all there digitally, the vinyl is all long gone though. Another band is H.U.M. who is H and Ulmo who run the great Zam Zam records and old Rocket friend (and now Gnod member) Mark Wagner. They create psychey, droney, grooved out analogue electronic music which is really interesting!!

CR: Well obviously all the great Rocket albums we put out this year, it has been a very strong year for us this year I think!!

But as for non Rocket LPs…that is tricky? Off the top of my head here are some that I have definitely enjoyed a lot (in no particular order):

CR: The single best gig of the year?

Wow, that is tricky…seen so many great shows this year!! Hey Colossus and Teeth of the Sea have been on fire, Goat at Glastonbury was amazing and Mamuthones at Liverpool was really, really special! But best non Rocket gig might have to be a very un-Rocket one and that is either Melanie De Biaso at Village Underground, such a haunting show, lit beautifully and the sound was so stripped down and subtle, reminded me of The Necks. Or another un-Rocket show that I loved was the tribute to Lee Hazlewood at the Barbican…I remember just grinning through the whole lot of it…great night!

CR: Well I think I have to say it is Supernormal, it is so unique and unlike anything else. BUT Liverpool and Eindhoven Psych Fests are up there too, both run by amazing and very passionate people. And also have to mention Raw Power, Baba Yaga Hut are doing great things for the London live scene… and long may they all last!

CR: We have a few things lined up but too early to mention I am afraid, but rest assured we have some new records by your Rocket favs on the way, plus releases by some new Rocket bands coming out. It is going to be another exciting year for us I think!