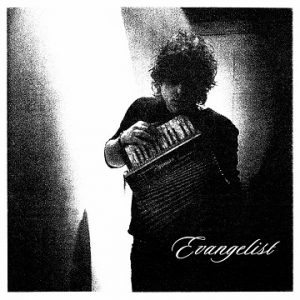 Released on December 11, 2015 via Underscore Collective

46 is no age for anyone to go.  This is the primary thought that I carry through Evangelist, possibly because I’m not far off that age myself and it’s an awful thing to contemplate.  Yet go we must at one point or another, and at least with some, what they leave behind for the rest of us is of some comfort.  Completed posthumously by his Toydrum bandmates (and UNKLE co-workers) Pablo Clements and James Griffiths, it’s a bittersweet finale and a somewhat fitting one, as Gavin Clark‘s last work is a somewhat autobiographical collection where he transplants his life and experiences into the guise of the titular character, and the result is both uplifting and beautiful.

I suppose that when a record is released under such sad circumstances, the expectation is for that record to be sad; and this is initially borne out by the minor chords and funeral tone of introductory piece ‘The World That I Created’.  This is soon dispelled by the next song, and one that encapsulates the rest of the album, the aptly-titled ‘Spirit’.  Propelled from the rear by a joyous rhythm section, Clark is given a platform to truly soar amongst his friends’ music, and he does this with aplomb.  It’s hard to put a finger on what is actually going on for the most part as there are plenty of avenues explored, and much of the fun to be gleaned from Evangelist is picking up the weirdest strands and musical memories to come up with an afterthought that picks up bits of Spiritualized, 1970s glam, Laneganesque blues and Pink Floyd’s The Wall in wholly unequal measure.  There’s also much for UNKLE fans to love in the grooves here, presented in a fashion that is both looser and starker in feel depending on where each song happens to be going thanks to sensitive synth choices and heart-grabbing basslines, not least in upbeat highlight ‘Know One Will Ever Know’.

This is Gavin Clark’s record though.  Whatever it is in his voice that captures the very essence of everyday/everyman fragility, it’s here in spades from start to finish in so many different guises whether it’s in Rockstar mode (‘Know One Will Ever Know’), Gun Club pulpit fervour (‘God Song’), or mere broken observer (‘Whirlwind of Rubbish’).  Wherever Clark had to go to within himself get these voices from, it’s an extraordinary feat to both find them and bring them to us in such a mesmerising fashion.  It’s at its most touching during the simple guitar strum of ‘The Unbeliever (I’m Never Wrong)’, a rare moment of showing the cracks that is brought safely back down with a timely and warm electronic backing.

There’s so many points where the soul is lifted, but it’s possible that the brightest moments come throughout the gospel-tinged, multidirectional ‘Never Feel This Young’ that brings all the performers together and propels them upwards through a song that is among the most emotionally-moving songs I’ve heard in a long while, regardless of circumstance.  It reinforces the idea of the record as something that recognises and extols beauty, and only accepts and extols a sense of loss at the sudden end of ‘Whirlwind of Rubbish’, “The old life is over” suddenly taken from us in a single moment that is genuinely hurtful.  Thankfully, this is not the end of the record as ‘Holy Holy’ provides a gently fitting farewell, coming across as a hymnal, ethereal and very human reading of Jane’s Addiction’s ‘Up The Beach’.

It’s a record that will initially and occasionally hurt.  Most of the rest of the time though it will raise the roof and take the listeners’ spirits with it.  Evangelist‘s greatest sadness lies in the fact that this can never be followed up or expanded upon, but as farewells go it’s a strong-hearted goodbye and one that will last long in the memory. 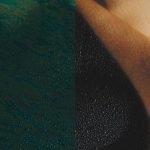 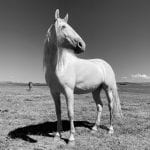