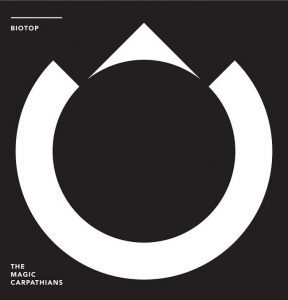 We may be a little late to the party here but, this is a fucking incredible album and I’m overjoyed to be reviewing it.

Opening with an indescribable pulse reminiscent of acoustic psytrance masters Hilight Tribe, ‘Phosphene (Rhizoma Version)’ builds up a mesmerising bassline against digiridoo layers and percussive sounds that I can’t distinguish between vocal sampling and drum loop. The vocals are awesome, I have a hard time making out some of the lyrics but, the tone and the delivery are completely engrossing and alluring. The consistency of this track like many others on the album make it a completely unique and spellbinding listening experience. The song title appears to reflect  the psychedelic nature of the music as well as the relaxing introspection it offers.

‘Xylem’ enters with intoxicating sitars and a mysterious disembodied vocal; not necessarily haunting yet, clearly overwhelmed with sorrow. It’s strange how it is almost calming yet, ultimately concerning. The bubbling beneath the surface and piano work all help to build an impressive sound bed beneath the vocals until the percussion kicks in as a secondary focus. I can’t believe how incredible this actually is and I can only speculate that the band are simply not getting the attention they deserve because of the nature of the Polish music industry. This is possibly the greatest music I’ve ever heard from Poland barring Chopin. It’s an album you absolutely need to hear. If it wasn’t so enrapturing I’d say it’s a masterpiece of relaxing background music but, it transcends both the background and the foreground as an all encapsulating listen. I can almost imagine running through the woods to this track delirious and blissed out with feathers in my hair and paint dripping down my face. Lost in a wilderness of euphoria chanting and throat singing in tribal sublimity. As the track builds to a climax new elements of beautiful keys, warped effects and excellently strummed strings resonate outwards carrying the listener into a trance and then outwards. The conclusion itself is a work of art with deep bassy sounds and light keys married together expertly to settle the listener for the departure.

Flutters of woodwind and percussion expand the journey outwards in ‘Radix’. I wonder if the track title offers an idea of what the intention of the track is in terms of the album, it is only the only other title that I understand after Phosphene and so, I question the naming of it as a potential hint to song structure. Is this the root of the album? The grounding that binds everything together? Or is this simply the journey down into the origins or roots of something else? The same haunting calm from the beginning returns in strings and saw-like guitar sounds. With little experience in folk music or the methods used to create it, I can barely identify the majority of instruments used on this album but, what I can say is that the use of these instruments makes for an awe-inspiring journey as the listener. It’s amazing to me how the sounds venture out tripping over themselves as they slowly fade out as though every instrument has taken on life and slowly returns to stasis with the closing of each track; the band call themselves Magic Carpathians and they certainly a conjure all the majesty and awe of a mountain whilst bearing the soul and trance-inducing qualities of a shaman.

Oleum Viride carries over the spirit of the previous track but, adds in new sonic qualities. I envisage a large desert inhabited by a roughly thirty foot caterpillar anthropomorphised in Carrolian fashion, he slides slowly across the plains to me smoking hookah but, when he finally reaches me he melts into a pool of acid. The track takes a violent turn with dark synths pounding beneath the surface and a screeching bad trip vocal commanding “no more lies” and “liar”. The visions are torn away like swooping raptors tearing away victims and the track builds again and again further into a chasm of malevolence. It is here that the album releases its calm and becomes deeply haunting as though it had been brooding into this darkness from the beginning and released here in a chaotic explosion.

Sounds previously relaxing become a slow churning requiem in Eustele; hypnotic sitars become kinsman of the droning brass that echoes around a charnel house, chimes no longer serve to sedate but, supplant hope echoing ominously like a sacristy bell mourning at the ritual. The softer, lighter tones become abrasive, the low vocals become a transmogrifying enrapturing form of throat singing and the lead vocal surcease of mystery enters into a new path of sorrow: the overwhelming change in character of the album is achieved with such a slight push, it is awe-inspiring to actually consider the mastery of tone that is actually achieved. How the hell does a band so effortlessly change the course of an album with such minute nudges? How does each small part so seamlessly create such an integral part of the whole? Distortion enters the fray flanked by a heavily plucked bass; as the crucial act in a film builds to a crescendo here Biotop throws the listener into the inferno at its core testing the trust it established early on investing us deeply into the character of the album. I fucking love it. The consistency, the complete departure…here’s an album that will take you to another world through your own psyche until you’ve seen everything that there is to see and returned again questioning if there was anything there at all. Enter the comedown, the breaking of layers, swirling and cascading, erupting and fading out of breath. A brief halt on a wild ride.

‘Cambium’ breaks the silence with the unfamiliar voice of a machine crusading into the album; what new devilry is this? The foundations convulse in all directions whilst distortion pours in from overhead, guitars shatter apart whilst the mechanical arm extends forth. “This was Polish psychedelic folk with a relaxing ambient edge when I came in!” you might say; this album covers ground in all directions. The distortion burns in the foreground; a whimpering guitar with proggy bubbles of ambience and sliding pads slowly rising into an ocean until the abrasive nature of the track is washed away into the blissful tide of ambient doom. The guitar reduced to a mere birdcall, the distortion almost drowned out in its perpetuity. Melodies slowly croon in and fall out. If you feel you are lost at sea, I’m right there with you. Delicately plucked sounds like a music box shine through like a lamp through the fog, the madness drifts away, the machines burst and twist around and the album comes to a slow and steady conclusion.

Biotop was released 20/10/15 please go and seek it out here immediately: https://magiccarpathians.bandcamp.com/album/biotop

You’ll notice the artwork is excellent as well…