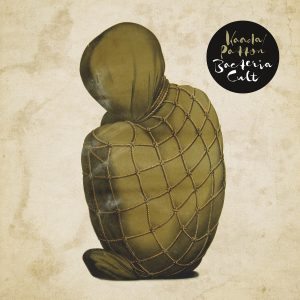 Released on April 1, 2016 via Ipecac Recordings

I first became aware of the work of Norwegian composer John Kaada when his eponymous band supported Tomahawk on their 2003 UK tour. After that brief moment in the spotlight and his subsequent Romances collaboration with Mike Patton, both parties went their separate ways and worked on many different projects between them. One thing that stayed apparent in the work of both artists though was a shared love of instrumental and soundtrack work, and now 12 years later, they have again joined forces and the result is the new Bacteria Cult album, available through Ipecac Recordings.

The album begins with an orchestral intro and a very grand feel. ‘Red Rainbow’ would be a perfect accompaniment for the opening credits of a movie. It makes you sit back, switch off from anything else you may be doing and enjoy the journey that the album takes you on. It also reminds you of some of the more mellow moments from the Fantomas classic Director’s Cut release. This coming to mind, you start to feel a bit unsettled as to where this might go. Luckily Kaada’s influence seems to have kept Patton from going too far off the beaten track. The solitary trumpet on ‘Black Albino’ adds a decidedly Spaghetti Western influence, while Patton’s distinctive vocals on ‘Peste Bubónica’ changes to compliment the mood of the track as it changes, using his voice as an instrument to compliment the downbeat string at the beginning to the almost tortured screams at the end.

The mood switches again during ‘Papillon’, a stop start melody that highlights the difference in each of the tracks. They could each be taken is very different, very individual tunes, but they flow together so well it gives you different feelings and moods that you would go through whilst watching a film. ‘Imodium’ is the most out there track on the album and sounds like a twisted take on a Danny Elfman them, that leads you to closer ‘Fountain Gasoline’, a slow burner that gradually builds to a perfect finish for this release.

A stunning piece of work. Further proof, as if any were needed, not only of Mike Patton’s versatility as an artist, but also the fact that his recent reunion with Faith No More doesn’t mean the end of his more leftfield side projects. These two accomplished artists in their own right have come together and created a complete story that would accompany a compelling if strange film. Hopefully it wont be another 12 years before we hear from them again, and it will also hopefully make more people listen to some of Kaada’s other brilliant work.