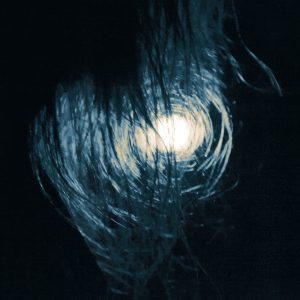 Finland’s beautiful, extraordinary pioneers Oranssi Pazuzu lit a path to a strange and wondrous world with their début album Muukalainen Puhuu in 2009. The band very quickly established themselves as a fresh voice, blending black metal with psychedelic tones and excellent songwriting. Their sophomore effort Kosmonument pushed further into outer space, experimenting with ambience and focusing on crafting the atmosphere of each song. 2013’s Valonielu was one of the year’s best, and now the band have released their fourth full length album Värähtelijä into the universe.

Oranssi Pazuzu have always pushed boundaries, and with Värähtelijä they’ve created their strongest work to date. It’s a sprawling affair that is at times difficult, yet is extremely rewarding. This is not the album that you want to put on as background music at your weekly dinner party. Grab your favorite drug and dim the lights before you press play, and don’t be surprised if you melt into your couch.

Dissonant, atonal guitars lead off the opening track ‘Saturaatio’. It’s an almost-perfect opener. It’s a trek at almost 12 minutes long, but this is something you’re used to if you’re an Oranssi Pazuzu fan. If you weren’t before, welcome to the club. Howling vocals sit atop trippy songwriting. Layer upon layer of fuzzed out psychedelics lead you to the middle of the track, where it continues to push the boundaries of black metal. The tempo is slower at the end of the song, like the band is helping you come down off the crazy acid trip they just took you on.

‘Lahja’ starts with a tribal drum roll and driving bass line. There’s a xylophone mixed in for good measure. Bass and drums continue pushing, and the guitars come in over top with a harmonic lead. ‘Hypnotisoitu viharukous’ feels more like a traditional black metal song until about three minutes in when the fuzzed out bass and guitars are joined by a woodwind instrument, blowing a cold forest wind. The band mixes in some chanting background vocals on ‘Havuluu’, again demonstrating their versatility and creativity in a subgenre that often lacks both.

‘Vasemman käden hierarkia’ is a 17 minute expedition that feels like it should have been two songs. It fades out at around the nine minute mark and you’re led to believe the track is going to end. It doesn’t, instead picking right back up and throwing you into another swirling vortex. This track, and the album, are long and winding and will leave you winded. That’s its one weakness. There’s so much packed into every track that you might need a break at some point. Every song is long, clocking in at a minimum of 5:30. The average song length is around nine minutes. It’s a journey that can turn into a slog if you’re not in the right mood. It’s worth it, though. Give it at least one full go ‘round before you make your final decision.

Oranssi Pazuzu are master storytellers. They’re not just writing songs. Each note is thought out, each moment planned. They continue to experiment, trying new things while never coming off forced. Värähtelijä spins a tale and projects it out into the vast universe. It’s up to you to decide what that tale is.