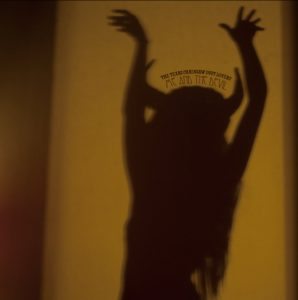 Me and the Devil is the debut album from The Texas Chainsaw Dust Lovers, the ‘Spaghetti Western loving, Ennio Morricone obsessed stoner rockers’, who hail from… Paris. But what does the location matter when you can play rock roll with swagger to spare.

‘Me and the Devil’ is an intriguing choice of opening track as it’s a slow burning mid-paced bluesy number that takes a while to get going and then ends on a minor jam workout, but does provide a window into the band’s frame of mind, with the grooving bass, deep clean vocals and jangly cinematic guitar aplenty.

Lead single ‘Dark Stuff’ gets things going properly with high energy rock n roll built around a Rocket From The Crypt inspired central RIFF backed up by an anthemic vocal hook and chorus. This is followed up by the equally awesome ‘Summer Spleen’, upping the ante with an urgent driving RIFF, surf guitar and splash of spaghetti western cinematic thrown in for good measure all topped off with a killer chorus.

‘My Lover the Moon’ abruptly switches tempo into slower paced moody goth rock and while it creates a nice atmosphere, it doesn’t get out of first gear. This misfire is somewhat saved by the fuzzy foot stomping riffs of ‘Doin No Harm’ although this is then broken down into a cinematic soundscape passage replete with an oddly placed movie dialogue sample.

‘The Sleepwalker’ is their most ambitious track veering as it does between stoner rock into gothic swing into western inspired noodling complete with harmonica and back to the RIFF.

‘The Town Under the Sun’ is ripped straight of a Clint Eastwood spaghetti western soundtrack and is inherently cool, but would definitely have served better as either the intro track, especially as it leads nicely into the funky rock n roll of ‘Leaving Town’.