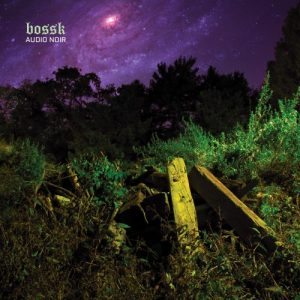 I’ve known about Bossk for some years now, having collected their initial forays into recorded output back in 2007. If I recall correctly, I was just starting to explore (mostly) instrumental bands beyond Mogwai and Explosions In The Sky. The gateway to Bossk was opened by And So I Watch You From Afar, who it would appear, after a cursory Google check, played a gig with the Ashford band in their hometown of Portrush. Although I didn’t attend said gig (it would be artistic license or an outright lie to say I did), this was my introduction to the band. Unfortunately, the band split up in 2008, before picking up things up again in 2012. Albeit with two of the original line-up replaced.

So here we are in 2016 and Bossk are finally getting round to releasing their first proper full length album. Entitled Audio Noir, the 7 tracks of post-rock/metal ably slot into the range of my current listening. They might have taken their bloody time, but what has been created is a sure and confident collection that is sure to receive widespread acclaim. In essence, the Bossk 2016 sound ranges from quiet and beautiful melodic passages through to the most seismic slabs of metal fury that on one occasion makes Deafheaven sound like a pop band.

The neat and clean guitars of opener/closer ‘The Reverie (parts I and II)’ are lovely and ethereal while drummer Nick Corney delivers some crisp beats. Energised when the urge takes them, occasional shifts into sounds more metallic and vigorous appear for some intriguing dynamics. The beautiful kaleidoscope of reverbed pianos and wispy effects of ‘Nadir’ are mesmerising. When the violins swing in to introduce the full band, the crescendo that appears to be coming is never reached yet the pay-off is no less satisfying.

Audio Noir really comes into its own with ‘Relancer’ and ‘Kobe’. The hypnotic loop that ushers in ‘Relancer’ could easily come from the Twin Peaks soundtrack. There’s an inherent bleakness to the atmospherics and then we’re transported to Paris with what sounds like accordions winding a wonderful Tales of the Unexpected theme melody. The lush guitars and lilting percussion of the mid-section echo Deafheaven’s crossover appeal before the track ends in a swell of blissful instrumentation and melody.

Bossk certainly create their own melting pot of sounds with ‘Kobe’, albeit conjured up with ingredients of other bands. The uplifting backdrop of snappy drums and flickering guitars gets smashed into oblivion when Sam Marsh’s reverbed apocalyptic street preacher vocals fire up. The fiery guitars crash and burn the landscape that had been so dexterously assembled. This is when the aforementioned levels of crushing volume punish your ears with sheer intensity.

For the most part, Audio Noir errs on the louder end of the sound spectrum, but the passages of quiet are expertly interspersed so that the album never appears overbearing. The stomping Sabbath-esque riff of ‘Heliopause’ is slow and grinding, Marsh’s vocals adding a manic edge to what is essentially a great sludge metal track. ‘Atom Smasher’ is an all-out punk metal assault, all punishing and frantic riffs. Less concerned about dynamics, the track seems a little out of place, it could be a different band entirely sneaked into the studio and swapped tracks out. That’s until the final third when the dark clouds part and all manner of lovely sounds segue into the mix. A final flurry of droning guitars and windswept sonics end the track with some Godspeed atmospherics.

There are a plethora of bands creating music in this genre since Bossk first appeared on the scene and the bar has been raised substantially. In order to stand out from the crowd you need to be creating something unique or a perfect combination of previous sounds that captures the imagination. I find the latter is where Bossk find themselves, the sounds on Audio Noir aren’t particularly new, but the strength is in the excellent instrumentation and the dynamics and flow of the music. I’m hoping the band get deserved recognition for this album (being on Deathwish Inc. will surely help) and manage to keep together this time round. Possibly an album to have the same crossover appeal that Sunbather garnered, it’s a worthy addition to anyone’s collection of post-rock/metal. 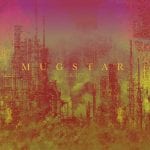 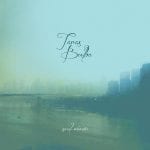