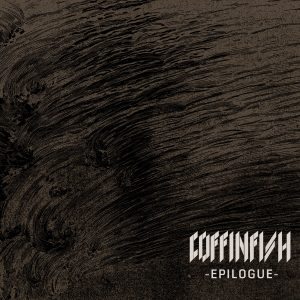 Metal bands have long looked to legendary horror writer H.P. Lovecraft for inspiration – from Black Sabbath’s ‘Beyond the Walls of Sleep’ and Metallica’s ‘The Call of Ktulu’ and ‘The Thing That Should Not Be’ through to concept albums by bands like Nile or even concept bands like The Great Old Ones, the master of weird fiction’s legacy has left a deep impression on the metal community. It’s not hard to see why his work appeals –  themes of the occult and insanity, bread and butter for many a metal lyricist, were favourites of Lovecrafts.

Poland’s Coffinfish put these themes at the heart their second album, last year’s I am Providence, and just shy of a year later they’re dropping Epilogue, an appropriately titled EP consisting of a single track, also called ‘I am Providence’. It’s difficult for metal to really capture the spirit of Lovecraft’s writings, dealing as they do with the fraying edges of reality which man is not meant to see, something that can be difficult to express with a good ol’ hulking riff to the face. Coffinfish attempt to capture his essence by spending as much time building a suitably uncanny atmosphere they do bludgeoning the listener with colossal guitars. ‘I am Providence’ is their longest track yet and they devote plenty of time to this endeavour – there’s a good 2 minutes of ominous rumbling intro before the drums kick in, and we’re almost a quarter way through the running time before the half-growl half-roar of vocalist Lobo appears.

However elsewhere the time is not used wisely. The trouble with ‘I am Providence’ is that it doesn’t really work as one 20 minute piece – twice it drops to near silence and reappears moments later with what is for all intents and purposes a different song. The latter sections don’t reference any of the earlier parts, and there isn’t really any sense of it building towards something. The track doesn’t quite come together as a piece and so ends up being less than the sum of its parts. Which a shame as those parts taken in isolation sound in turns heavier and more unsettlingly occult than Coffinfish ever have before. Each element of their sound takes a jump forward. They still don’t stray too far from the Neurosis/early Cult of Luna playbook but their use of organ, which sounds like it should be played in bowels of some decrepit church, lends an appropriately eerie flavour to the usual lurching heft the genre is known for.

And whilst they haven’t quite solved the problem of how to portray that Lovecraftian mood in song there are moments that come closer than most, like the section around 14-16 minutes that sounds like it’s tumbling ceaselessly forwards before it all drops away into a latter period Isis-esque break, or the disorienting swirling organ that accompanies the double kick propelled riff at around 7 minutes. Over the past 5 years Coffinfish have evolved into one of the most interesting post-metal bands around right now, but for them I feel the best is yet to come. If Epilogue is the sound of them drawing a line under I am Providence then, whilst it is parts an exciting track in it’s own right, what lies beyond that line is even more exciting.