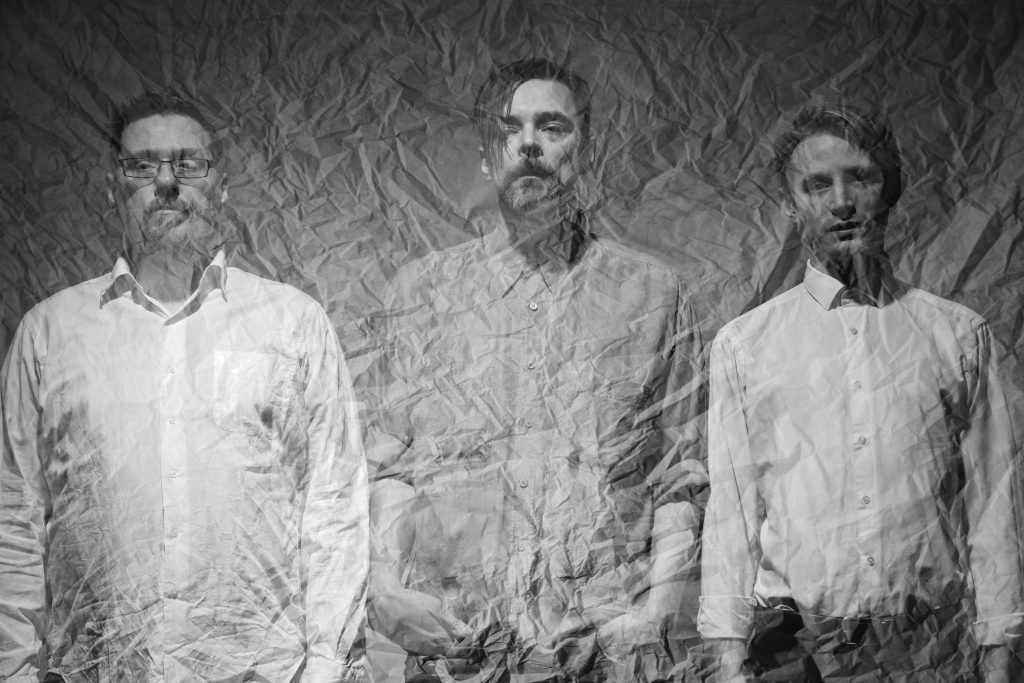 The Infinite Three are Daniel Knowler, Paul Middleton and Samuel Mclaughlin. Taking cues from noise-rock, dub, drone and post-punk, their songs are warped constructions grounded in repetition and soaked in monochrome psychedelia.

Lucky Beast is The Infinite Three’s third studio album (their fourth counting the fan-only Zeklof release from 2015).  Recorded with engineer Jon Clayton, whose past credits include Band of Holy Joy and The Monochrome Set, Lucky Beast continues The Infinite Three’s dissonant take on art-rock.  A luminescent egg emerging from the banks of The River Effra.

Check out this slice of beef from the album: