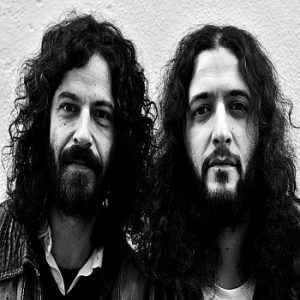 There’s something resolutely familiar about Asimov that lends itself to feeling like you are in the arms of an old friend. Perhaps it’s the sub-Pink Floyd bass that opens up this new album, Truth, which sounds akin to the rumble of ‘One Of These Days’. Perhaps its the no-nonsense approach they take in that their music may take you to strange places but they will be there to guide you along the way. Perhaps its in the simplicity of that one word, Truth. Here you reach the very nature of psychedelic music with that one word. Truth.

Not that Asimov are trying to instil any such sense of thinking. Instead they are firmly of the mind that music should be simply for having a good time and as the first (literal) howls of vocals creeps in, both whiskey burnt and blues bruised, you know you are in the presence of a band who have one mission in life and that is to have a fucking good time. The truth indeed.

Asimov are big fans of punk riffs ripped straight from The Heads songbook interspersed with more spaced out interludes. With no hint of trying to be anything they’re not, their music takes on another level altogether and the honesty that shines through in every note is a wonder to behold. They grab you by your lapels and thrust you straight into the void like some lost star child.

The primality at work here is fascinating and for fans of early garage they will be in manna. The soulful ‘She’s Heading West’ takes Jim Morrison style vocals and throws them on top of what could be an old Nuggets track to create something quite fantastic. Completely retro and even tinged with the sort of bubbling synths that Hawkwind may have experimented with back in the early days, It’s the shock of the old acting as the shock of the new.

The lineage of rock stars is there to see throughout this album from Morrison through Iggy Pop to Bobby Gillespie but Asimov come across much more sincere in their approach. With no ideas of world wide fame beckoning they are quite happy to get on with the job in hand. This allows them to include a brief foray into acoustic finger picking on the album before heading once more for the rock and roll dream with no feelings of pretentiousness at all.

Fans of heavy psych should definitely hunt down Asimov and give them some time. For a two piece they stir up a hell of a sound and at times almost threaten to leave the ground. They may not be futuristic s their namesake was but they certainly share much in the way of humanity as that writer did. Through their music they even understand what make the human condition and how it is preset for a good time. For that we can be grateful. 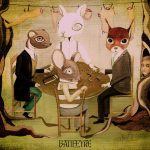