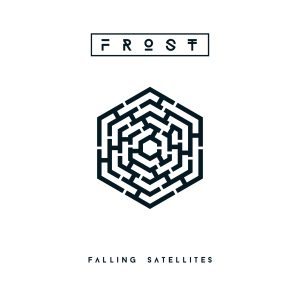 REJOICE!! After an absence of 8 years the exquisite Frost* are finally back with album number three, Falling Satellites. The brainchild of keyboard player Jem Godfrey, Frost* released their first album, Milliontown to critical acclaim in 2006. Then as now, Godfrey is joined by long term collaborator John Mitchell (Lonely Robot/It Bites) on guitar and vocals plus Nathan King (Level 42) on bass and drummer Craig Blundell (Steven Wilson). There are 11 songs in total with the final 6 songs forming a 32 minute long suite called ‘Sunlight’. Within this collection of songs comes an unexpected guest appearance from none other than Grammy nominated guitar legend Joe Satriani. So, with a dedicated following, how does this stack up against the band’s first two efforts? It doesn’t. It stomps all over them saunters off then comes back to make sure it completed the job in the first place. So that’s enough of the press-speak, let’s dive into the album, shall we?

The ethereal ‘First Day’ opens the album and just before you think you’re safe ‘Numbers’ bounces into view with the first of many catchy musical motifs. Right off the bat I’m struck by just how much Jem Godfrey’s vocals have moved on in leaps and bounds. Always possessed of a rich tone it appears the intervening years have added a roundness and body. More on that later. ‘Towerblock’ takes us back to the glitch/electronic vibes found on 2008’s Experiments In Mass Appeal only on steroids. It’s a fantastic twisty-turny, undulating track that I’m genuinely hoping gets included in the upcoming live tour. It also has a similar to vibe to the more esoteric parts of the Shineback project from the other Godfrey brother (highly recommend you check that album out too). ‘Signs’ welcomes the vocals of John Mitchell into the forefront of proceedings. With a gently melodic start that transitions into a soaring chorus, it’s hard to see how it can get any better. Until 3mins13secs arrives with a riff so chunky, it has been advised by its doctor to go on an immediate diet or face dire consequences. Drummer Craig Blundell adds a backbone that firstly emphasise then supports this weighty riff.

For some reason ‘Lights Out’ evokes a mod-90s vibe for me. Perhaps there’s something in there that makes me think of those Ibiza chill out CDs. Lest you think that is a negative comparison, it isn’t. This is wonderfully lilting song that features a female vocal line that is bordering on sublime. I’d love to give you her name but that wasn’t available at the time of publication. Rest assured, as I scour the gatefold vinyl due to land in my grubby hands on/after May 27th, I shall be seeking her name out and seeing what else she has performed on. More of the “Ibiza” vibe on ‘Closer To The Sun’ which is…. well…. mesmeric is the best way to put it. And again, Godfrey demonstrates a vocal performance that really lifts this song. Over a bed of muted chords and an insistent beat, Godfrey’s understated yet catchy vocal line excels.

‘Heartstrings’ will be familiar-ish to long time Frost* fans having been played previously on tour and on the DVD, The Rockfield Files. It’s this album’s ‘Black Light Machine’. Again, I keep coming back to the word “catchy” this is a driving, hook-busting song. And that chorus? The vocal interplay between Godfrey and Mitchell is just wonderful. A common structure across the album is the dynamics between bombastic loud sections and sublime, more restrained “quieter” sections. None more evident than on ‘The Raging Against The Dying Of The Light Blues in 7/8’. There’s something about this track that is reminiscent of the more wackier moments on Genesis’ Lamb album. Not in terms of tone or sound but in the same way that you’re never quite sure where the song is going. I also had to go to Google and just double check that drummer Craig Blundell does in fact, only have two arms. His playing on the album as a whole is outstanding, but in this song there’s some stuff in there that makes my brain hurt (cf. last 2 minutes of the song).

The last 6 tracks on the albums form part of entire suite entitled ‘Sunlight’ just in case you were worried your copy of the album was a bit wonky, as ‘Nice Day For It…’ opens with the intro (albeit in a different style) of ‘Heartstrings’. It’s, in the main, a instrumental track and it’s probably the track I listen to least. Not that it’s not a good track it, certainly is, featuring some very tasty bass lines and runs from Nathan King. Same goes for ‘Hypoventilate’. The latter, a soundscape of drones punctuated with booms! To be fair, the only reason I skip these two is that album closer, ‘Last Day’, is quite possibly my favourite song on the album so I’m always itching to get to it. A plaintive piano and THE Godfrey vocal performance of the album, this song moves me to tears every time. There’s something about the lyrics and the delivery that just hit me on a purely emotional level. I mean, goose bumps the size of mountains, specifically “….with names I’ll never say again” and “….fingers with no feeling”. I’m getting them just typing those lines. It’s a ballsy, brave and moving way to close the album. Melancholic but lingering on the notion of hope on the horizon.

This is, hands down, my album of the year. Yes, we’re only in May, but the way this album affects me emotionally, the music contained within it, the performances…. it will not get better than this. And I say this as a 25+ year fan of Metallica, who have (allegedly) a new album on the horizon for this year, too. This is essential listening for, yes, prog fans. But for music fans too. There’s pop, rock, dub, glitch and humour. Don’t be silly. Buy it now. And go catch them on tour too.

Welcome back Frost*. I missed you. Don’t leave it so long next time.