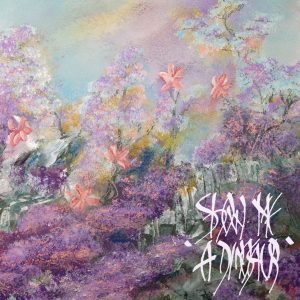 Damn – that wasn’t quite the start to the album I was expecting if I’m being honest! You see, I reviewed these guys a couple of years ago for their last album Dust, and was expecting… well, if not more of the same, I certainly wasn’t expecting to have my ears pinned back instantly with Blackgaze/Post-Metal. Not that that’s a bad thing.

So these Russian boys are back again, and like last time they have evolved their sound considerably. The guitars are cutting, the drums nice and crisp while still managing to sound bleak, and their atmospherics have certainly taken a turn for the darker. Perhaps a sign of the times in Russia, with music imitating life? Definitely not for me to guess safe in my armchair on the other side of the globe. From memory they used to be a three piece, and now they’re four, with that extra guitar lending even more cojones to their sound. So, a clear evolution to an established sound.

Things kick off with ‘Rakev’, the aural assault I was mentioning earlier. There’s not much faffing about at all, with a few seconds of feedback before the blast beat snare and wall of sound come in, pinning you back along with the gutteral/post-metal vocals. There’s a brief lull about 2 minutes in where a slightly eastern motif on the cymbals comes in, before the atonal power chords on the guitars kick in again and the track peaks for the last minute or so. A good solid start to the album.

‘Vjuga’ is up next, with some soft mournful guitars that remind me of Black Heart Procession, or early GY!BE, before we kick back in to the wall of bleakness. I would have liked a little more build up, as those guitars sounded great. A plaintive cry before the anger kicks in. The vocals in this track are a little more pronounced in terms of vocal range (higher to my ears), but they then fade away halfway through to have the guitars come back in, with a riff that sounds eerily familiar, but I can’t quite put my finger on. Some good, concise drumming in the breakdown before it all rips off again, slowly peaking, the vocals dropping back down to a lower range until it ends with a motif of what I imagine is wind whistling over a frozen tundra.

The wind continues onto ‘Ochag’, bleakness and loss dripping onto you as the guitars chime slowly, drenched in soft reverb and echo. It’s a simple track, but I like it a lot. It’s a nice counterpoint from the mayhem of the first couple of songs, and while basic in it’s chord structure and motif, there’s a certain something to a good slow build up that always gets me. Not a filler track, but more of a respite from what has come before, and still to come.

‘Lights’ starts out sounding more like a track from their last album, with melodic guitars and a slightly more upbeat, snappy rhythm forcing the track forward, until the vocals come in again to take over the lead melodic line duties. This is the track on here that seems to bridge the gap the most for me from their last album to this one – it’s also the one that has a little more ‘happiness’ to it. Not melodically as it’s still firmly in a minor key, but perhaps sonically, as the bass and drums chime about. It then descends into the wall of sound for the last part before the finish.

‘Gone’ follows up, adopting a standard (ish) post-rock/shoegaze rhythm with the vocals coming in over the top. Probably my favourite track on the album, this one has a bit of everything. Question and answer guitars, feedback hum, blast beat snare, throaty vocals and the soaring guitar line that permeates so much of these styles… And fuck it, who doesn’t like that sound? It’s epic. Triumphant while still managing to stay grounded. Love it. The last few minutes of this track are the highlight of the album for me.

‘Hearth’ is another ambient track, slowly meandering and weaving through a few minutes of quiet melody while a swell of feedback grows behind it, slowly engulfing the track as a whole. S’funny, how an ambient track like this can provide a moment of quiet contemplation for some, while for others it’s just dissonant noise. I’m firmly in the first camp.

And then we’re into the final track, ‘Wojna’. After a continuation of ‘Hearth’ we get a slow build into the track, no hurry to get anywhere as the drums slowly escalate, the guitars getting ever so slightly faster, the chiming melody and drive ’n’ roll leading the song. After some plaintive vocals we descend into the breakdown, the largest one on the album. It actually almost sounds like the finale, but we’re not quite there yet. The guitars are all that’s left, softly working away and reminding us that we’re not done while the drums slowly build, until with one final explosion it all kicks off one last time, to give us one last peak, getting faster and faster before the a final decrescendo of distortion and reverb, the track collapsing in on itself.

I confess, this release didn’t grab me as much as the previous one, but it is a fair old change. The addition of the vocals seems a little untoward at times, but that’s the direction that they chose to go in, so who am I to judge? Overall a very different direction for them, and a strong showing if that’s the path they choose to continue down.