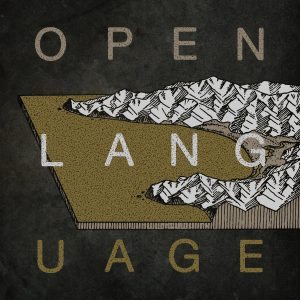 July 22nd is just around the bend, a date that marks the release of Open Language: Volume I, a free compilation dedicated to showcasing bands from the modern post-rock scene. Open Language features 34 bands in total, one side highlighting bands from the United States, and the other highlighting bands from around the world. Two new songs have already been released by Bright Like the Sun and Rhone to promote the compilation, and now we are pleased to premiere a new song by Coastlands.

The Oregon-based post-rock sextet bring us “Seafarer and the Squall”, a punishing track from start to finish. The title itself doesn’t paint a pretty picture, and impending doom is a prominent theme of the song. The slow-treading drums set the pace for “Seafarer and the Squall”, which is a slow burn packed with wonderful composition. The song is relentlessly visceral, and perfectly encapsulates the fear, isolation, and destruction the open water can bring. With emotion at the forefront, Coastlands have brought us yet another standout song from Open Language.

This song will be featured on Coastlands’ new album titled To Be Found, due out on August 12th. Also, the band is releasing a limited amount of vinyl records that will be available for pre-order on July 22nd. Open Language will be released on the same date by A Thousand Arms.