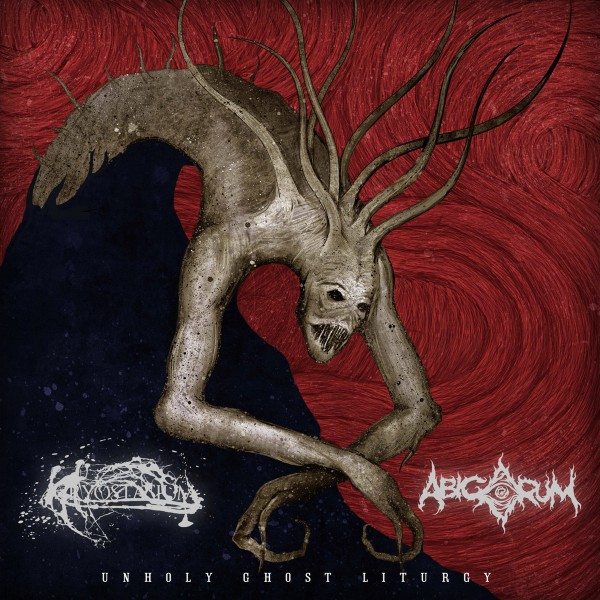 Unholy Ghost Liturgy is a collaboration album of Russian ambient/black/doom metal project Abigorum with American black metal/ambient formation Cryostasium. Every song is composed together by the musicians, bringing something new into their own, something similar and at the same time different and creative. The long-awaited album, which was announced back in 2014, finally comes to light!

The monster on the background of the mysterious matter imprinted on the cover (made by Mosa Eye), spawns an overall dark psychedelic atmosphere of a mysterious and unsolved space – the result of the symbiosis of two minds.

This is appropriate music for those who expect new and experimental sounds in extreme metal music. The psych/ambient fused black metal music will put the listeners into a tenebrous trance, and it might not be easy to break that reverie.