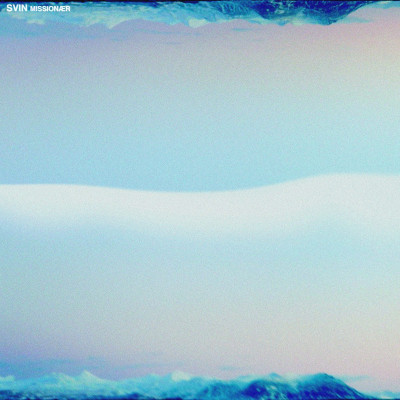 If their self-titled album from 2014 was anything to go by, Danish experimental-post-rock-jazz-drone (just what don’t these guys cover?) band Svin present their latest and eclectic album release of Missionær. The new album sees the band further pushing the envelope of just what they’re capable of, producing another enigmatic album experience that offers intense rushes and surprising calms. Whilst the band’s previous album Svin offered a mish-mash of jazz and post-rock styles, it seems that the band have further pushed themselves, using those previous styles as a basis for further experimentation. It’s an incredibly rocky and unpredictable ride, but one that is astoundingly entertaining and indulgent.

On Missionær, one of the main focal points for the music itself seems to be built around elements of ambient and drone music. Sustained notes introduce the album, setting the stage for something unusual and peculiar, before the sudden introduction of guitar chords and blasts of tenor-sax really pave the way for what one can expect from this album. From there, we’re given tracks that utilize poly-rhythmic drums, droning blasts of saxophones and clarinets to almost whimsical ditties performed on keyboards. It’s oddly confusing, yet the almost jovial nature of some of the tracks make it a highly entertaining listen that just seems to work entirely on its own merits.

Whilst Svin was a wonderful indicator of a truly creative band capable of blending together a great number of styles into something truly astounding, Missionær is a further and more far-reaching push of that style. Despite the album itself producing so many different styles of music, there’s still a wonderful flow to the album itself, which at times feels oddly hypnotic and engrossing. Svin utilize the sudden introduction of new elements to great advantage, having it form part of the album experience in itself and adding to the completely unexpected nature of what we’re listening too.

It seems on Missionær, Svin have really pulled out all the stops, creating a work that doesn’t simply repeat their past successes, but instead shows them incorporating new ideas and concepts into their music, and pushing out an album experience that is truly wonderful for its own reasons. The combination of many different genres, motifs, notions and ideas that on paper wouldn’t seemingly work, but on Missionær have worked incredibly well, show the band as one that are truly looking forward, looking at how they can shape music in their own way, and create something that truly puts the listener into a head-space like no other.