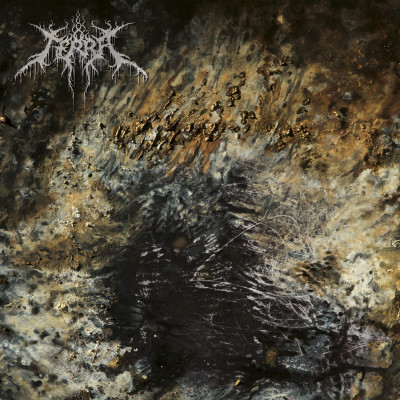 Black metal is not particularly known for fancy drum patterns, as drummers oftentimes go a million miles an hour blasting or going 4/4 on the mid-tempo sections, but British black metal band Terra really utilizes the drums as a key component of their approach. The riffs are also a highlight. The tremolo picks rarely slow down, going by even as the drummer fills during transitions or slows down. Perhaps one of the most promising black metal bands to come out of the UK, Terra and its album Mors Secunda are set to be a staple of the genre for the UK scene for years to come.

Code666 Records should be excited to release Mors Secunda, as this album is about as good an effort in black metal as I’ve heard this year. Cracking my top twenty end-of-year list in spite of slotting behind Woddrea Mylenstede, Inquisition, Cobalt and Wode as my favorite black metal bands to release material in 2016, Terra is flying under the radar for most metal writers so far. If you love the stream we have here and agree that Terra deserves more end-of-year list mentions, stream this album often, buy the album, then tell everyone you know about them.

Like a swarm of locusts clouding the horizon, the guitar pick glides effortlessly against the strings in tremolo-pick fashion, featuring instrumentation that is superb and a performance that is never sloppy. Combine that with the robust rhythm section, made especially terrific by the drumming, and you’ve got yourself one hell of a beast making little headway in the world of mass-marketing. So, fans of Ash Borer and Wolves in the Throne Room should go all out in support of this band.

Sometimes the riffs really are heavy, and they probably don’t just tremolo pick minor chords all album long like some second-wave bands used to. Terra knows how to construct epic numbers and still hold your attention through an intent listen. The two tracks are twenty minutes long, but don’t feel that way at all. The music goes by quickly, leaving you air-drumming and wondering when the music actually stopped. Bands that learn to play metal overnight and can barely play distinctly quality music need to pay attention. Even in black metal, where musicianship is sometimes overlooked in favor of hype and gimmickry, there should be no doubt that these guys are more than simply competent musicians. Mors Secunda is the culmination of vision, hard work and dedication to the craft.

Listen to this and love this or it’s to the pits with you!