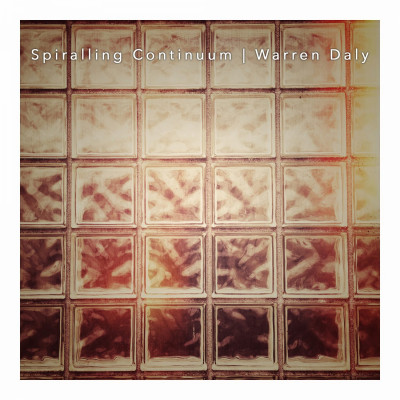 Pads exhaling a thousand falling grains of sand twirl inside an hour glass, ‘Time Dilation’ opens the album with a measured calm. Spellbinding rails of chilling high end frequencies traverse along the top of the sonorous ambient ascend. Pulsations in the deep, it’s a gradual incline building the most delicate, controlled intensity and then…ducks. Samples drag the track to a somnolent halt like watching an old man feeding the birds before gently falling asleep on a bench.

The respite allows Warren Daly to seamlessly take the album in a new direction with an iridescent synth lead waltzing through the middle of the track supported by a bassy foxtrot at the base of the Solar Flare’s tranquillising choreography.

The title track is simply stunning; again it dances with timid chirps and soporific pads but, this soothing electronic ballet is performed by a troupe of stars on a infinite cosmological stage of quasars and galaxies; infinitely expanding pads reaching out into a universe of light and colour and ineffable un-discoveries; beings and objects, entire planets which we have never encountered some of which we could never fathom. Spiralling Continuum along with its accompanying film does a good job of depicting an otherworldly beauty that is best described as “sublime”.

Undulating rhythms like the patter of falling snow, twinkling chimes glimmering bands of light out in all directions; a soft crumpling footsteps through warm winter sands crafting mounds of bass a the foundation. ‘Tropospheric Reflection’ is a delicate lullaby whispering the album away like a silkscreen fog.