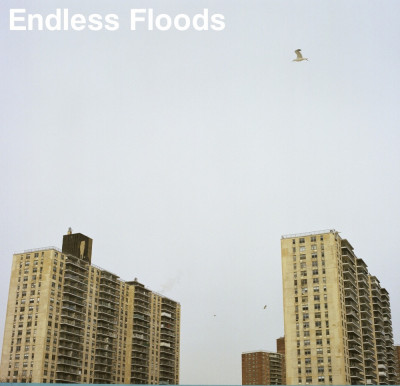 Endless Floods operate in that strange hinterland where doom slows to a point it almost becomes drone, where heaviness almost borders on ambience. It’s a form of metal minimalism: they’re still tethered to the riff and the back beat, unlike true metal drone acts like Sunn O))) or early Earth, but there are points in these two monolithic tracks that contain enough space to drive a continent through. ‘Impasse,’ the first track on II (the Bordeaux trio’s second album, surprisingly enough), slouches on at a depressed speed that twice drops close to flatlining. Even during the peaks between those troughs it’s like watching a bike trundle so slowly it barely stays upright and when it topples over it becomes so slow the drummer almost has time to pop out for a smoke break between cymbal crashes. The guitars are distorted and the screams are harrowing – but it comes across more sad than savage, much like the funereal melancholy of Bell Witch or Forn.

The second breakdown in particular is a piece of fractured beauty, full of long, meditative moments to luxuriate in the hum and the whine of the sustained chords and strangled feedback. It almost devolves into complete formlessness, barely holding together, with the drums repeatedly seeming to wrap up proceedings before another hit crashes down. It’s like the long, agonised death throes of something that doesn’t want to die, but isn’t all that keen on living either. The track rallies for a second and third wind full of distant, tortured screaming, last of which sounds almost triumphant in it’s refusal to have succumbed to silence.

Then when you’re sure it must be over the song continues with an eerie, fragile melodic break, which sounds for all the world like the beginning of another song. Not at least making it ’Impasse pt.2’ feels like an act of sadism given the songs already epic length, but the songs end redeems the decision – a guitar solo of sorts, like a power ballad played by a band collectively overdosing on codeine, it’s got a brooding majesty that resolves the song perfectly.

It takes a special sort of mind to have a 3 track album and have the second track be a short interlude. ‘Passage’ is just that – a short but sweet piece of somber fingerpicking that ties the other two epic length songs together. The first section of ‘Procession’ is marked by stop start bursts of hulking doom that, compared to the first track, is practically a hardcore banger. It inevitably tumbles off a cliff into a sea of near silence before washing up on the shores of the weirder, maudlin end of heavy psych, all moaning whale guitars and huge, distorted bass. Then it strips back to delicate arpeggios and long bass notes that slowly build like a post-rock track, complete with a crashing crescendo pay off where the bass levels are shoved up into the red and the guitar gnashes and wails like it’s lost its first born child.

If it isn’t already apparent it must be said that II is a tough record. Endless Floods’ first album, whilst fine in it’s own right, didn’t stray too far from the doom template. With II they’ve removed all boundaries, taking the listener a weary, despairing journey covering terrain both unbearably light and almost transcendentally heavy. The reward for their risks is something heavy, fragile, crushing, vulnerable, anguished and resigned. Those looking for bands pushing at the edges of what doom/drone/ambient metal can do need to hear Endless Floods.