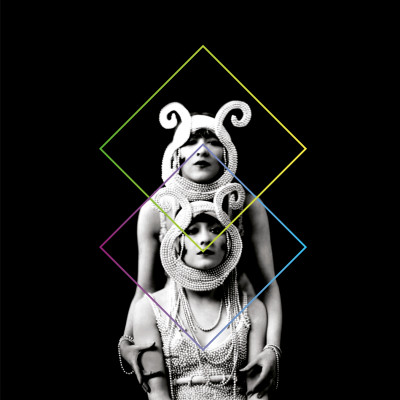 Invocation and Ritual Dance of My Demon Twin by Julie's Haircut

Rocket Recordings are on fire! Following up Pigs x7 with new Gnoomes, the recent announcement of gnew Gnod and this exquisite label debut of Julie’s Haircut, how the fuck is this only two months into the label’s year? If Hey Colossus put anything out with Rocket this year, it’ll probably be their best year yet…and considering that they’re already the best label in the world that’s saying something. Although, Julie’s Haircut are many albums and several years into their career Invocation and Ritual Dance of My Demon Twin will likely be an introduction to the band for most people and had I not looked it up for the purpose of accuracy, I would’ve thought this was their debut myself.

With that said, not often is that a band introduces itself to you with a solitary engrossing bassline, expanding outwards with an increasingly hypnotic instrumentation of punchy drums, delicate woodwind and warped guitars. Notes melt away from the brass like metallic contortionists or wax dancing in a glass candle holder. Each of the facets assert that ‘Zukunft’ is a brilliant way of hooking someone into a band; it feels like a party but, without the bullshit. It reminds me of the opening of 2001: A Space Odyssey or Inglorious Basterds, we are slowly absorbed into the world of Julie’s Haircut kind of like Pigs x7’s ‘Psychopomp’ starting Feed The Rats, it sets the scene.

The driving saxophone at the album’s helm is somewhat reminiscent of Morphine though the psychedelic lead guitar work just reminds me of opiates. Go figure. I feel like in a way Julie’s Haircut are filling the void Goat used to reside in; where sometimes it’d be great music to jig around when no one’s looking and other times it’d be light-hearted music in the background of a party with hash filling the air and smoke cascading in all directions, only this is actually more mellow and relaxed so, I guess that whole opiate thing stands up after all. ‘The Fire Sermon’ is as ritualistic and engrossing as its namesake but the sedately atmosphere at its core is like a drug that grounds the listener in awe before exploding into acidic, psychedelic shredding and jamming.

That’s not to say the album is sloppy; it’s real charm is it’s laid-back, seemingly effortless precision, even the whispered vocal delivery is rounded and shaded just enough to work but any more  hoarse or brash and it’d likely intrude upon its own atmosphere. ‘Orpheus Rising’ is a great example of this vocal wire-walking, it’s almost Beta Band-esque in its worn out charm, like a stoned summer’s day in a good friend’s garden.

‘Deluge’s greatest success is it’ Floydian slip into jazz-infused psychedelic prog in its mid-section, it’s incredible and the fact that it explodes unexpectedly into something like Grails gone savage is just icing on the fucking cake. ‘Salting Traces’ is a similarly bizarre passage in the album retaining the trippy psychedelic desert element but pushing into weird alien territory that kind of sounds like a peyote hallucinogen of a singing spaceship. It’s weird ‘cause ‘Cycles’ flips the two elements of the tracks and goes for a more grounded folk instrumentation but sets it against strange otherworldly vocals. Perhaps, it’s a shift of focus in the ever spinning facets of the album, all I know is that it certainly adds a lot of emphasis onto ‘Gathering Light’. The mind-melting guitar work of the penultimate track and the iridescent saxophone work make it an incredible hilight of the album, channelling elements of Gnod’s Infinity Machines and Hill’s Frid and merging them together with a mellow, tranquillised energy.

‘Koan’ closes the album or if you’re like Jake Murray and you have the album playing in alphabetic order and “like it better that way”, well, I guess it’s somewhere around the middle. All metadata and track-listing shenanigans aside, Koan is a mesmerising close to the album with head-spinning duet vocals oscillating around the listener’s brain like a couple of your friends trying to bring you back down to earth from the deep recesses of space. The slow fade also aids in the process of bringing the listener down from the narcotic voyage that is Invocation and Ritual Dance of My Demon Twin.

This album is a fluid, intoxicating trip that like its title beckons out lysergic leanings and hallucinogenic pleasantries. It’s fucking delightful. I can see this being one of my go-to album’s for chilling out this year.