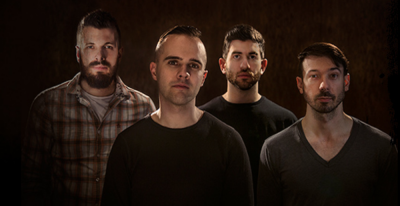 I feel like I always have creative energy, even when it’s below the surface, it really doesn’t take much to set it off. I feel like I’m operating at my best just as a human when I’m in that creative headspace, where ideas are coming faster than you can sometimes even write them down.

When you’re someone who is as creative and inventive as bassist Dan Briggs, you seek to expand your musical universe with quality compositions. And while he’s helped to evolve Between The Buried And Me into one of the forerunners of inventive progressive metal, he has also helped to further propel his prog landscape in Orbs, and has dabbled in jazz with Trioscapes. So with the help of fellow Trioscapes drummer Matt Lynch, he has collaborated with Richard Henshall of Haken on guitar, as well as former Haken keyboardist Pete Jones to form Nova Collective. This project helps expand Briggs’ musical exploration with a modern take on progressive rock and jazz fusion, and the finished product is right up there with the band’s legendary contemporaries.

Briggs took time out of his busy schedule to talk to Liam Savage about his musical influences, the creative process, and the general theme behind the band’s debut album The Further Side.

(((o))): Where did the idea come from for starting a new group, and what did you hope to accomplish initially?

Dan: I feel like I always have creative energy. Even when it’s below the surface, it really doesn’t take much to set it off. I feel like I’m operating at my best just as a human when I’m in that creative headspace, where ideas are coming faster than you can sometimes even write them down. I’m right back there now working on a new BTBAM album, but Rich and I actually started sharing initial ideas for Nova Collective while we were writing the last BTBAM album, so it’s like my head was already actively in that creative space, and then came along a musician I greatly respect and just sent us down a path that was really exciting.

(((o))): Seeing as there’s a deep jazz fusion trend that’s followed in the music, what artists influenced you to do a modern-day take on that genre?

Dan: Jazz and fusion records have just been a part of our individual music make-up for probably as long as we can remember. I had been playing jazz in some small ensemble and larger group capacity since I was 12, but it wasn’t really until I made a connection with John McLaughlin that I was really locked in, and that sent me through all his work with Mahavishnu Orchestra and Shakti. He helped me to have an entry way into Miles Davis’ more wild free work through his involvement on Bitches Brew and that really was a huge eye opener after knowing and playing his standards for years. I’m deep into the more avant-garde and free jazz world. Bill Laswell and his work with Last Exit. My favorite guitarist Marc Ducret and the brilliant work he does. I feel like everything I do is kind of a fusion of all the things I love, just when you are working on an album you know is instrumental there might be in your head the idea for solo placements etc., so I guess it just kind of became what it did very naturally.

(((o))): I like how with each song, there seems to be a theme and the band can circle back to it while expanding on it. Was it the intention when you started songwriting to approach it this way, or was it just the way the process ended up?

Dan: I think no matter how far down the tunnel we travel you still can’t take away the years and years we’ve spent maturing as composers, so I think it was important to write lucid material that went on an adventure but all within itself. I’m most proud of that, how we were able to express all these ideas, different ethnic feels, but still do more with less and make it about the song, even when there are improvised moments.

(((o))): Given the backgrounds of each member of the group, were there any differences when it came down to writing the material, or did you all form a certain cohesion?

Dan: It was an instant bond, like we had all just been waiting for this to happen. Matt and I have a group called Trioscapes that is kind of more of a cathartic jazz/rock freak out with bass, drums and sax, and I think we were yearning to do more dense compositions. But that kind of takes away from what is so great about that group and our spontaneous energy, and the instrumentation kind of lends itself that way too; so it was a great time for this to come into our lives. Everyone was on the same page and we really speak the same musical language so it was so easy to work and we were so effective and efficient in sharing files and getting visions formed.

(((o))): Was it difficult to think outside of your other projects when it came down to the creative process, or did it just come naturally as far as a goal you wanted to accomplish?

Dan: The only thing I really remember was whittling through ideas sometimes, I remember there was a long instrumental section in ‘Air’ initially that was just bonkers and all over the place. Of course that sounds cool to our ears but I had to be like you know I think the song has this great vibe and we need to just expand on that in the bridge and not take it to too weird of a place. And everyone understood and again it was just realizing what the song is.

(((o))): Was one member of the band more responsible for the songwriting, or was it a team effort?

Dan: Rich and I got the compositions for the first five tracks on the record pretty well pieced together with Matt, and when we brought Pete in he had the last track ‘The Further Side’ written as a solo piano piece; just a wicked ripping jazz/classical piece. So we dug into the sheet music for it and morphed it into a structure that kind of fit more in a band format and then Pete went back through the other songs adding his insight and his parts which really made them come to life in a cool way.

(((o))): Given the busy schedules of the band outside of Nova Collective, how many hurdles did you have to jump over as far as creating solely for this project?

Dan: Writing music is no problem, it’s my main purpose in life. There are more hurdles as we get ready to play live, with schedules, visas, flights. Just being a new band trying to get on bands/agents’ radars for support tours. But we’re really excited to get it going and should be in action this fall!

(((o))): Were the geographic limitations as far as creating music in the U.K. and U.S.A. a bit of a problem when it came to exchanging ideas? How did that process work itself out?

Dan: We did it all working in the software Reason. The parent company Propellerhead has been so good to me for a few years now and has made composing all across the country and now the world so easy. To be able to share the same session file and have everyone work in it and see the song come to life is so nice.

Dan: One of the big shared influences we had outside of music was science fiction writing and film. The idea of a nova, the birth of a new star, was enticing for us all having a new exciting start. It definitely was probably the last thing we still had to think of after writing all that material, haha.

(((o))): The cover of the album is very interesting with a mechanical head pulled apart somewhat amid an oceanic scene. Can you tell me where the idea from this artwork came from and if it’s representative of a certain theme? Is it just generally related to the song titles?

Dan: It’s all to do with the idea of ‘The Further Side’, just a surreal twist on things. The artist Nevan Doyle just excels in the world of kind of visual mind fucks and we had great conversations and he made it happen. The back image of the body being torn apart is from ‘Ripped Apart And Reassembled’. I love that image!

(((o))): I’m sure that the fans of the group would like to know, is there any chance that you’ll be touring for this album?

Dan: Yep! We’re planning it for the Fall now. Hopefully it will work out, but we’re looking for plans in 2018 as well. 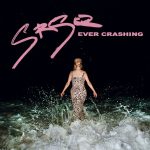