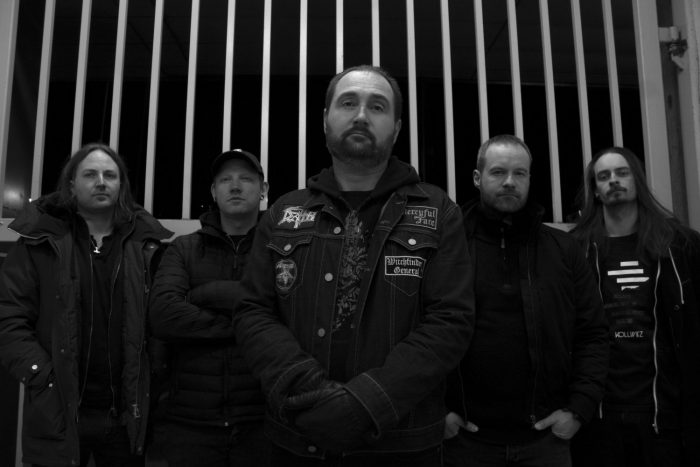 Norway’s Among Gods likes to welcome drummer Andreas Johansen and bassist Jonis Forland from the band Ashowa to the band’s line-up. Among Gods are now full focused on putting together a new live set, and there will be gigs ahead. The band is has also started working on new material for a new Among Gods release.

In the meantime Among Gods has been working on mixing a song from their “doom vault”. ‘Vinter’ from the Monument album session has been mixed in Consternation Studio and features Gunnhild Huser on vocals along with Kenneth’s vocals. ‘Vinter’ (Winter in English) is entirely sung in Norwegian.

The band comments: “Gunnhild joined us on this song with her delicate voice and hearing her sing these words in Norwegian bring us back to the early 90’s, with an 3rd and The Mortal vibe. Based on the feeling of the harsh cold nature during a Norwegian winter, the song stands out as an atypical Among Gods song but with the true Norwegian roots deep in our hearts.”

The song features the Monument 2014 line-up of the band as well as Gunnhild Huser and you can listen to it exclusively here: