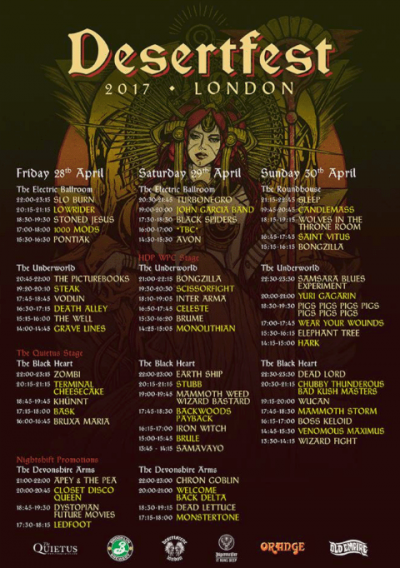 All photos by Angelique Le Marchand.

It is good to see people up and about for the 1.30pm start on the third and final day. So many, in fact, the que for Wizard Fight at the Our Black Heart is down the flight of stairs and by the bar. So, I head over to the Underworld for Swansea four piece metallers Hark. Their thick robust sludgy heaviness has Pantera’s slow grinding guitar sound and rhythm supplemented by Jimbob Issac’s, Phil Anselmo and James Hetfield’s, styled growls. They as sure as hell blow any cobwebs off any sleepy heads and are the most metal band I have seen, and will see, over the weekend. Although a few tracks meet a good standard, a couple of fillers drops the horns aloft a touch and after 35 minutes I have had my snarling metal fill. Again, good to see a smaller band playing in front of a busy venue of open minded and appreciative rockers. 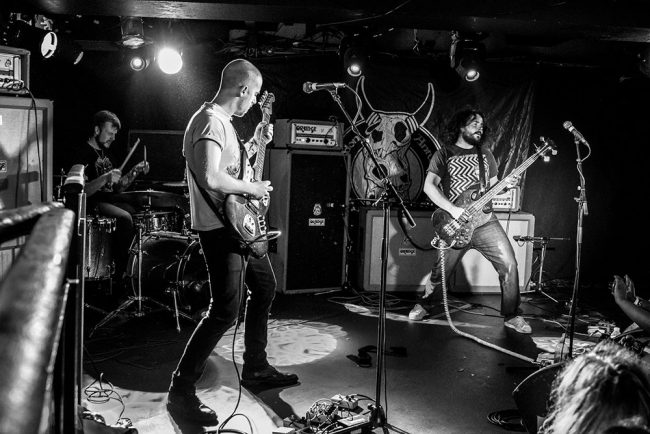 I’ve been meaning to get to see London’s very own riffy bluesy stoner merchants Elephant Tree for a while, so I take my place near the front of the stage in the Underworld and I soon find myself full of anticipation. They do not disappoint. A soothing blues soaked hazey stoner rock sound floats over and hits the spot. Imagine stoner rock legends Kyuss strung out on a weekend’s binge of bongs in the Nevada desert. ‘Dawn’ is huge, a memorable riff leisurely burns, while close your eyes and let yourself drift harmonies float over the top, yes, these guys can sing. Add in the humorous in-between song banter which develops boosted by bassist Peter Holland’s belt breaking just adds another layer to the enjoyable shebang. 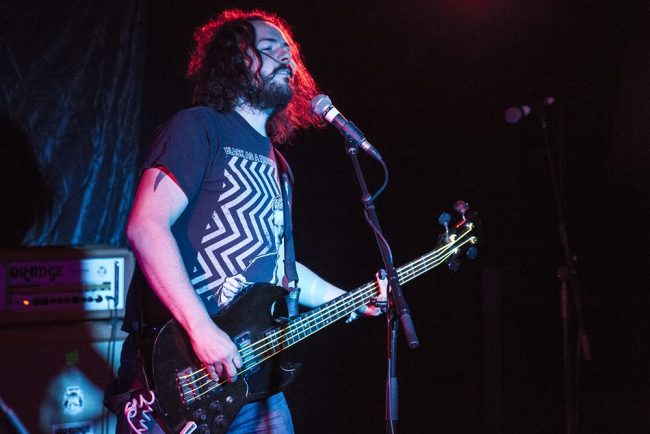 They defy advice from unknown sources to indeed do a cover of Sabbath’s ‘Paranoid’. And like all the best covers, in this reviewer’s opinion anyway, they give it their own styled makeover, the famous riff is unrushed, still satisfies but in a slowed down fashion. They conversely introduce guest vocalist Riley onstage to roar wholeheartedly over the top of one song which summons up the musical equivalent of waking up in the same Nevada desert the morning after the night before, burnt and severely dehydrated. When stoner rock is, rightly or wrongly, accused of sounding a bit too similar these days, Elephant Tree are a very fine counter argument to that criticism. A band to take to your hearts. 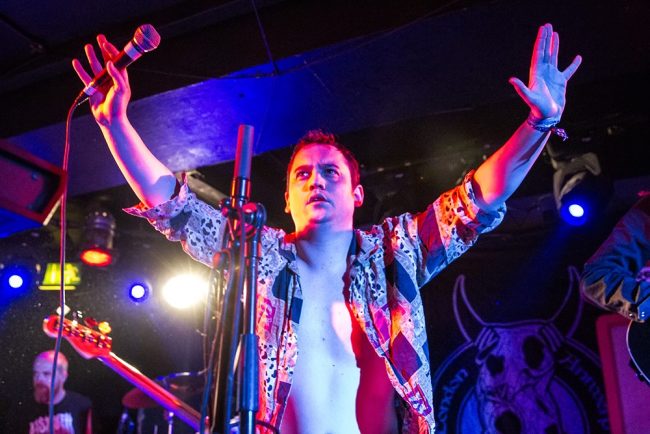 A band which noisily emerged in the underground scene on Rocket Recordings is Pig Pigs Pigs Pigs Pigs Pigs Pigs. After frontman Matt Baty took vocal duties for Terminal Cheesecake’s extremely trippy head fuck psych on Friday, he returns with his own band and their own take of Sabbathian riffs and Butthole Surfers weirdness. It results in a rip-roaring, raging mess, and this is meant only as high praise.

With Matt only donning black Addidas shorts, his stage presence is like a drunken British holiday maker in Benidorm having a severely bad acid trip. It might not look dignified, but it is visually riveting. ‘Sweat relief’ possesses an even more punked up ferocity live, but is held together by the band with aplomb, as is the whole set. This in turn informs an exuberant mosh pit. Pigs x7 are as encompassing chaos as I was hoping, and more. Great stuff. 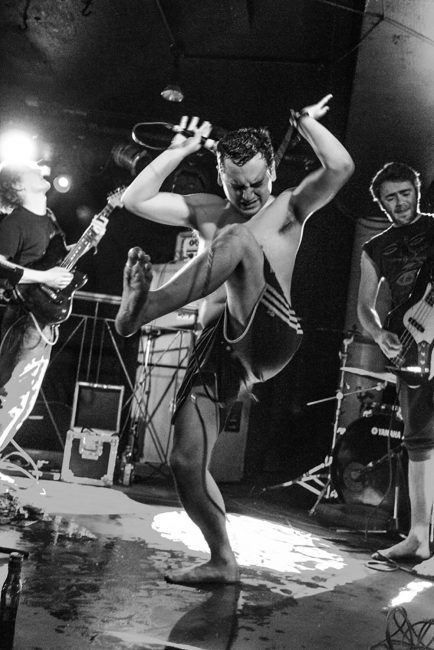 Needing a bit of a calming down after Pigs x7 I catch a bit of Germany’s Wucan over at the Our Black Heart pub venue. And it is the right call, as their up-tempo take on driving 1970’s retro rock aided by the trusty flute is a more straight ahead rock out form than obvious flutey comparisons of Jethro Tull, or Canadian contemporaries Blood Ceremony. Fronted by Francis they go down a storm. Stuck at the back I cannot see a thing apart from occasional glimpses of flailing hair, but this doesn’t distract from the music indeed doing the big tick box checklist business of rocking. 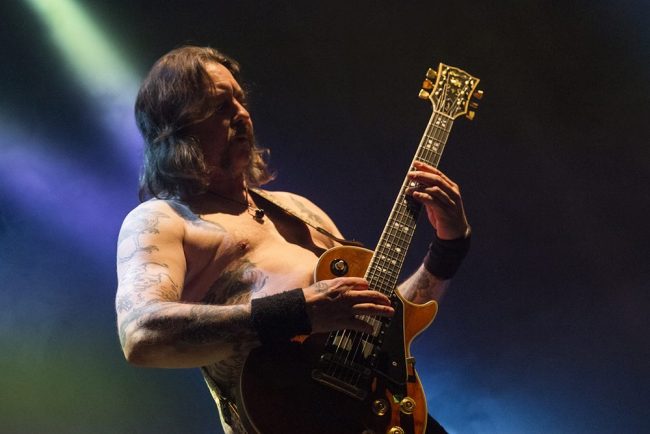 Not having made it to the Roundhouse so far due to not being in too much of a doom metal mood, I soon very quickly find out I’m completely in the mood for seminal stoner doomsters Sleep. And, so it seems are the majority of the Desertfest attendees as Sleep prove to be worthy headliners. Now I know I am supposed to be standing scratching my chin in-order to give a fair and analytical analysis of events. But, I am unashamed to report I was so immersed in Sleep’s seductive grooves I think I had my eyes closed for many parts of their absorbing and all-consuming performance. Around me I’m sure there were a few members of other bands howling with pleasure and generally going ape shit. 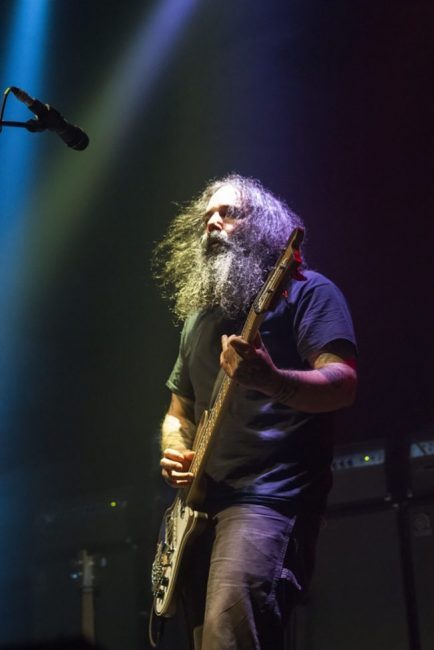 Sleep prove Desertfest organisers were justified to enlist the larger Roundhouse for a day. After having a chat earlier in the day about future possible headliners to close next year’s event at the Roundhouse, Monster Magnet was the name enthusiastically met with feverish grins. A perfect casting, me thinks.

So, there goes another Desertfest, my accolades for this festival increase every year and the present one is no exception. So, while the buzz and fuzz settles let’s hope the good hard working people of Desertfest, after a deserved rest, dust themselves down, and do it all over again to put on another belter of a weekend in the forthcoming year. 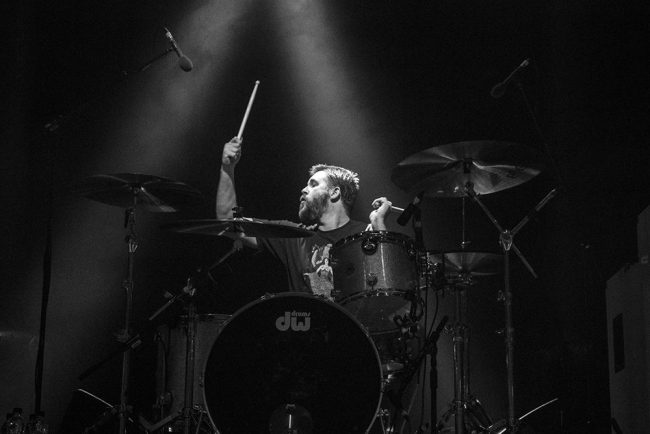 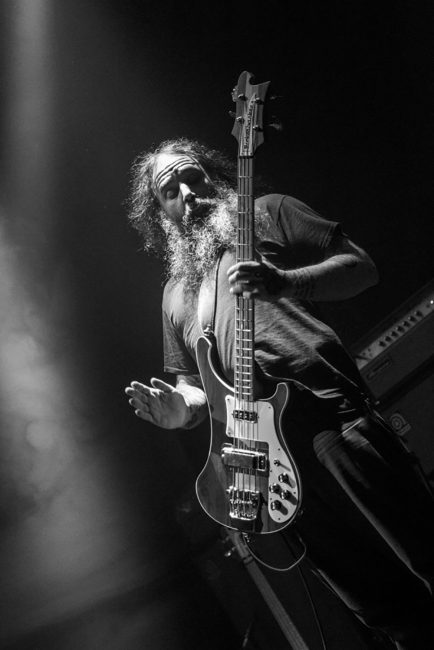