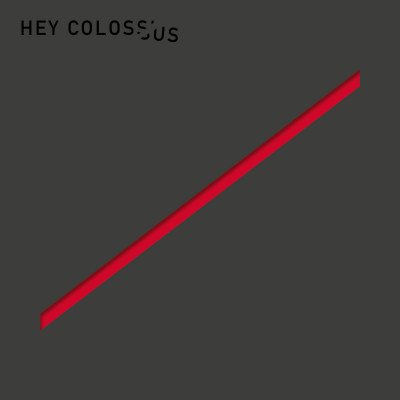 The Guillotine by Hey Colossus

When a band changes direction musically it can very often be a moment where they either collapse, or it becomes a defining moment in their history. When that band does it on every album, sometimes twice in a year, then you really have to applaud the tenacity and belief that they have in their convictions. Not that Hey Colossus ever stray too far away from their original ethos, yet over the course of a few years they changed from heavy psychedelic noise rock to jagged post-punk and now, on new album The Guillotine, broodingly tuneful indie kids. Of course, it’s not quite as clear cut as that, but on the surface you can plainly see the differences in genre terms.

Not that any of this will phase Hey Colossus who stand as one of the most exciting UK bands around at the moment. Taking up home at Rocket Recordings, they have progressed in leaps and bounds from their earlier, noisier excursions. That progression led to the quick one/two of In Black And In Gold, then Radio Static High, two albums which placed themselves high on many a critics end of year lists, and deservedly so. They typified a band at the peak of their creative powers and promised of great things to come.

Those great things start with The Guillotine, and in what may be seen as maybe selling out in some circles, they have this time opted for a much more ‘musical’ palette, maybe with one eye on even bigger success. Lead song ‘Englishman’ displays an innate tunefulness not a hundred miles away from early 80’s indie that you may have found on the Postcard label. There’s a quirkiness and simplicity which cuts through the more experimental side and it is this that comes to the fore throughout.

Intriguingly for such seeming frivolity, The Guillotine is actually a rather dark album. Aside from maybe a couple of songs, there is little here which would tickle the fancy of a wider public unused to the finer nuances of Hey Colossus. ‘Calenture Boy’ offers an easy introduction and may pull in a few heady romantics, ‘Experts Toll’ has live favourite written all over it (albeit being the worst song here, with a nagging Editors feel to it) and the aforementioned ‘Englishman’ which begs for interaction. Outside of these things get decidely deeper.

Maybe the closest link to the previous past (and most certainly IBAIG) is the fantastic ‘Back In The Room’ which is full of all the nasty noise and riffs that we have come to expect. ‘Honest To God’ throws a tough marching beat in and works well as an opener, even leading us in from Radio Static High with its post punk aspersions. More interesting is the bleak ‘Potions’ which strips the music back to murder ballad proportions, all foreboding and haunting. This is a vein followed later as the title track goes even further into the realms of doom. It’s an uneasy ending to an album which has the confidence to take the listener down these alleys.

Taken in perspective with their releases, especially on the Rocket label, The Guillotine is an interesting addition and one which is remarkably brave in parts. It’s a downbeat album, although the moments of musicality provide a light edge. It’s definitely their most ‘commercial’ release, relatively speaking, yet this is no bad thing and one gets the feeling they may be setting themselves up for a bigger push. They are a band who deserve all the success they get and this album certainly does them a lot of favours. Not as noisy or as urgent as in the past, Hey Colossus just staked a claim for a wider share of the spoils, and for that we celebrate and stick with them.